Ripple Case Drags On, SEC's Intimacy With Ethereum Is In The Spotlight

JAKARTA – In the midst of the US Securities and Exchange Commission's (SEC) feud with Ripple, Fox Business journalist Eleanor Terret questioned whether the US regulator would sue Ethereum for conducting an unlisted coin offering (ICO).

The SEC had claimed that all crypto assets except Bitcoin were under its jurisdiction. This means, Ethereum belongs to the same category as other cryptocurrencies. This statement is different from that stated by SEC official William Hinman in 2018. At that time Hinman claimed Bitcoin and Ethereum were not securities, while Ripple was securities.

At the end of last June, SEC chairman Gary Gensler stated that Bitcoin was the only asset that would be referred to as a commodity. Hence, journalist Eleanor Terret urged the SEC to pursue Ethereum for conducting an unregistered coin offering (ICO) in 2014.

According to Terrett, before now, the SEC had a statute of limitations five years after a company believed to have made an offering of securities was not registered in the United States. Based on this, the period when the SEC was supposed to crack down on Ethereum “technically ended” in 2019.

“The SEC legally has until 2024 to penalize Ethereum for its unlisted ICO. Will it? Only time will tell,” Terrett said on August 17, 2022, quoted from CryptoBasic.

The US regulator has sued Ripple for allegedly selling unregistered coins. Recently the SEC also sued Dragonchain for conducting an unregistered ICO in 2016 resulting in $16.5 million.

In the course of its court case, Ripple defended its stance by stating that XRP is not a security. However, the SEC insisted that it was a security. Ripple requested that documents containing William Hinman's speech be made public, the SEC protected the documents and refused to disclose them transparently.

The more protracted the SEC vs Ripple feud, the more the public's eyes turn to the number two cryptocurrency, Ethereum. The SEC itself is suspected of having ties to Ethereum through the Ethereum Enterprise Alliance, the company in charge of campaigning for ETH. It did not stop there, the name of Simpson Thatcher's law firm was also dragged along.

In response to the SEC's relationship with Ethereum, the crypto community has been going viral with the hashtag #ETHGATE on Twitter since last January.

The non-profit organization Empower Oversight recently exposed Hinman's conflict of interest while he was chairman of the SEC Finance Corporation. According to documents shared by Empower Oversight, Hinman held a series of meetings with Simpson Thatcher during his tenure at the SEC, which eventually resulted in his 2018 speech, in which he declared ETH a non-security.

"The SEC's Office of Ethics warns former SEC official William Hinman that he has a direct financial interest in Simpson Thacher, and as such, he must resign from anything that will affect the company," Empower Oversight said in an email to Hinman.

“In addition, the Ethics office explicitly told Hinman, as per documents, not to come into contact with Simpson Thacher for any reason. However, Hinman met with Josh Bonnie, partner at Simpson Thacher, at least three times after the anniversary," the note added.

It didn't stop there, the nonprofit also explained that Hinman met with co-founders and investors in Ethereum ahead of his 2018 speech that changed XRP's position. In his speech, Hinman stated that Ether was not included in securities. 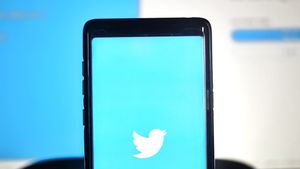 In Order For The Case To Be Quickly Resolved, This Afternoon Lesti Kejora Is Again Examined At The South Jakarta Metro Police 20 Members Of The Langgar Ethics Police In The Death Tragedy Of The Malang Kanjuruhan Stadium, Most Members Of The Mobile Brigade Of The East Java Police 5 Food Habits That Are Good For Mental Health