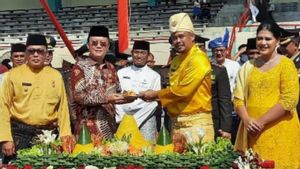 Unlucky Snatcher, Escapes, Chased By Victims To Death By Crash On A Container