JAKARTA - A beautiful place in the southern archipelago of Portugal called Madeira. During the pandemic, the islands were restricted in visitors.

On the initiative of the digital nomads who had previously worked at this tourist spot with the local government, finally as of February 1, 2021, Madeira will be reopened again. The opening of these islands is specifically for professional and digital workers.

In recent months, a digital nomad, Gonçalo Hall, Startup Madeira, and the local government of Madeira have worked together to change the landscape of the municipality of Ponto do Sol.

Gonçalo tells about the magical scenery of Madeira from the moment he landed on this enchanting island.

Reported by 150Sec, Gonçalo has stopped and worked digitally professionally in several destinations around the world.

“I've been to Bali. I've been to Thailand. I've been to all digital nomad heaven. But when I visited Madeira, I was fascinated and saw all the potential there was. It was so amazing. It's incredible, ”said Gonçalo in an interview with Elham P. Mohammadi.

As of next month, Digital Nomad Madeira will become an alternative location for work.

Last year, the idea of creating a digital nomad village in Madeira was inaugurated by the Minister of Economy. Other officials attended to accommodate other initiatives and finalize ideas.

At first the idea seemed absurd, Gonçalo said. However, Gonçalo convinced the head of the local government and will promote Madeira as an amazing place to work for remote workers.

Finally, the initiative is accepted and processed with mature steps.

Gonçalo said the involvement of the local population was the focus. The goal is to become a workplace with a community spirit. This digital nomad village in Madeira was used as a pilot project.

“All of our partners are local residents. We have partnered with various local businesses such as real estate companies and car rental companies. The aim is to help local communities benefit from the social and economic impacts of the initiative to develop a digital nomadic village, ”Gonçalo said.

Madeira herself has been named Europe's Leading Island Destination for five years by The World Travel Awards.

At the opening, Digital Nomad Madeira village will accommodate 100 out of 300 people who have registered.

Promotion is only done on LinkedIn and is not massively promoted on other platforms. This first phase, will be open from February 1 to June 30. 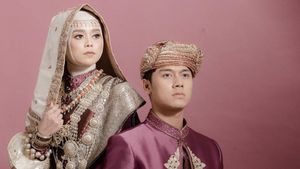