JAKARTA - Chairman of the Corruption Eradication Commission (KPK) Firli Bahuri spoke about the news about the dismissal of senior investigator Novel Baswedan and other KPK employees, including the head of the task force (kasatgas).

He emphasized that the news circulating was not from him or other KPK leaders. This is because so far his party has never stated that he will carry out the dismissal.

"We don't want to spread issues. We want to make sure we uphold human rights (HAM)," Firli said in a press conference at the KPK's Red and White House, Kuningan Persada, Wednesday, May 5.

He emphasized that his party had received the results of the National Insight Test (TWK) assessment of its employees from the State Civil Service Agency (BKN) since April 27. Firli said, after the reception was made, his party would not open it and keep it tightly sealed.

"Since being received on April 27, it has remained sealed, kept in a cupboard, and locked with several security keys and sealed, until this afternoon it was opened, witnessed by all structural officials at the KPK from echelon 1, 2, members of the supervisory board complete, complete leadership, even documented. by KPK PR friends, "he explained.

"So we make sure there is no spreading of names," added the former Deputy for Corruption Eradication of the KPK.

So, he regretted the information circulating related. This is because these names are not internal to the institution.

"If there are names circulating, please ask who spread the names, which is definitely not the KPK," said Firli.

Previously reported, the KPK is working with the State Personnel Agency (BKN) to conduct an assessment of national insight for its employees.

It's just that recently it was reported that a number of employees did not qualify so they were said to be fired. One of the rumors was Novel Baswedan's senior investigator. 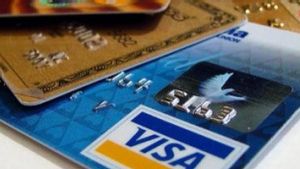 Many Pertamina Credit Card Limits Of IDR 30 Billion Were Dismantled By Ahok, Observer: That's A Common Facility In SOEs The Source Of Austria's Defeat To The Netherlands, Foda: Too Often Invites Orange To Attack So Trend, Andriy Yarmolenko's Turn To Throw A Bottle Of Coca Cola And Heineken While Grinning