This is the latest in a series of recalls by automakers operating in South Korea due to problems with vehicle components.

Issues that arose included the software of the engine control unit in the Jeep Grand Cherokee SUV imported by Stellantis Korea, a faulty hood latch in the Honda Pilot SUV, and a faulty central gateway control unit in the Audi Q5 45 TFSI quattro SUV, the statement said.

Vehicle owners can call or visit designated repair and service centers to replace parts free of charge from Thursday, the ministry said. 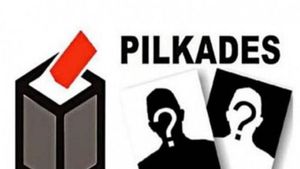 KPK Transports 3 Suitcases After A 7-hour Search Of The Ambon PUPR Office, What's In It? Firli Bahuri Reminds Political Parties Ahead Of The 2024 Election: No More Buying And Selling Recommendation Letters Build A School In The Border Area Of IKN Nusantara, Penajam Regency Waits For Land Status