Facebook Chooses To Make Its Own Chips, Reduce Dependence On Intel And Qualcomm

The report came from the online media The Information, who learned about the project from two closest sources. According to both, the company is currently developing another chip for video transcoding, in order to improve the experience of watching recorded videos and live streaming in its applications.

As many as 100 people are said to be working on the chip. By building its own chips, Facebook also aims to reduce its dependence on existing chip vendors, including Intel, Qualcomm and Broadcom.

"Facebook is always looking for ways to drive greater levels of computing performance and power efficiency with our silicon partners and through our own internal efforts," said a Facebook spokesperson.

Even Facebook also brought in engineers to work on chips before but they focused on modifying existing designs with outside semiconductor companies, and its ambition at the time was semi-custom ASICs rather than solo work on full semiconductors.

However, Facebook pointed the way to this result in a previous comment, where it noted that inference and transcoding is one of the fastest growing services, and it won't be able to meet Facebook's data center needs with general-purpose processors.

Facebook joins Google, Amazon.com and Microsoft in investing in custom silicon for savings and better performance from their computing. While Google has also recently been reported that it is building its own chips for Chromebooks and Chrome devices, the company plans to use custom silicon in its phones. Twitter Accidentally Suspend Accounts Of 12 Journalists, Due To False Reports Of Right-wing Activists 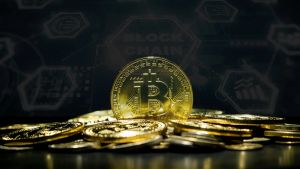 Worried That Omicron's Spread Is Getting Wider, Bitcoin Price Is In Free Fall

Worried That Omicron's Spread Is Getting Wider, Bitcoin Price Is In Free Fall

Twitter Accidentally Suspend Accounts Of 12 Journalists, Due To False Reports Of Right-wing Activists