What Is Artificial Intelligence? This Is What The Experts Say

“AI is often a sensational topic,” said Neil Morelli, chief industrial and organizational psychologist for Codility, a scoring platform designed to identify the best tech talent. "That makes it easy to go from one extreme reaction to another," he said.

"On the one hand, there is a fear of AI abuse, the characteristics of being 'out of control', and a 'black box'. On the other hand, optimism and over-zealous adoption based on over-promises or misunderstandings about AI's capabilities and limitations. negative," he said.

Much of the confusion that exists about what AI is, or isn't, is driven by the overly broad use of the term. This is largely driven by popular entertainment stories or films, media, and misinformation.

What is AI Really?

"Today much of what is labeled as 'artificial intelligence,' is not really the case," said Peter Scott, founding director of the Next Wave Institute, a technology coaching and training company. "This mislabeling is so common that we call it 'AI washing.' "

The boundaries often shift when it comes to AI. "AI has been described as 'what we can't do' yet, because once we learn how to do it, we stop calling it AI," Scott added.

The ultimate goal of AI, Scott says, is to create machines that think like humans. Many people feel that anything less than that doesn't deserve the name AI.

“Officially, AI is a superset of machine learning, which gives an army of advertisers ample wiggle room to promote their trade, as the distinction between the two is not well defined,” said Scott.

Jeff Kiske, director of engineering, machine learning at Ripcord, agrees. “Much of what's called AI today is better referred to as "machine learning," he says. He prefers to refer to this latest data-driven technology.

The term machine learning, according to Kiske, simply implies that computers have learned to model phenomena based on data. “When companies tout their products as 'machine learning driven,' I expect a much higher level of sophistication,” says Kiske.

Joshua A. Gerlick, a Fowler Fellow at Case Western Reserve University in Cleveland, says that AI is a very broad field of study that includes many technologies. At the risk of oversimplification, he says a common theme that distinguishes a 'true' AI system from 'misleading' is whether it learns from patterns and features in the data it analyzes.

This is the promise of many use cases in HR for machine learning that don't actually rise to the true level of artificial intelligence.

"Imagine a human resources department acquiring software 'powered by AI' to match a newly recruited employee with an experienced mentor within the organization. The software is programmed to find common keywords in profiles of potential mentees and mentors, and selection is obtained based on lead matches highest return. While an algorithm of course facilitates the matching process in software,” said Gerlick.

"It's not an AI-powered algorithm at all. It only replicates a process that any human can complete, and while it's fast, it doesn't make the matchmaking process any more effective," he added.

A truly AI-powered software platform, he said, would require some preliminary data, such as profiles of previous mentee-mentor pairs and whether the results were successful. Then will study the factors that lead to successful couples.

"In fact, the software will be so sensitive that it may only be applied to identify successful mentee-mentor pairs in one particular organization," Gerlick said. "Indirectly, he has 'learned' how to understand the unique culture of the organization and the archetypes of the individuals who work within it. A human resources executive must discover that an AI-powered software platform increases its effectiveness over time and hopefully exceeds the success of its human counterparts. , giving them time to undertake more complex initiatives."

Christen da Costa, founder of Gadgetreview.com, says she thinks the term "AI" is too easy to throw around. "Most automation tools, for example, are not what I would call AI," he said. "They take the information provided to them by the user and look for suitable cases. Over time they learn the user's preferences and get better, but that's algorithmic learning. Although it can be an aspect of AI, it doesn't make AI."

Is it important? Can. When HR professionals are considering adopting a new technology, it is important not to be confused or swayed by high-tech terms that tend to be thrown around too often. It's also important not to get too enamored with, or potentially misled by, the lure of "artificial intelligence."

“Smart readers and observers of AI in HR would be wise to remember that AI systems help perform manual, repetitive, and laborious tasks in HR,” said Morelli of Codility. "However, the scope and scope of this task may be narrower than some vendors and providers believe."

No AI system understands, understands, learns, pattern-matches, or adapts on its own, he said. “Instead, it requires human-labeled and curated data as a starting point. For this reason, users and evaluators should pay more attention to the training data used to teach AI systems,” he said, “Especially the origin, development, and characteristics of the data.”

"When skeptical about whether a technology is truly 'powered by AI,' consider asking a few simple questions," advises Gerlick:

1. Does this technology use data to enhance its predictive capabilities?

2. Does this technology increase the effectiveness of what humans can already do?

If the answer to that question is yes, he says, "then artificial intelligence might help." Swedish Central Bank Confirms Bitcoin And Ethereum Are Not Currencies Google Chat Warns Users If There Are Links With Malicious Messages Microsoft Is Testing Android 12.1 And Upgrades On Windows 11 Beat The United States To Japan, Lebanese And Syrian Passports Become The Most Expensive In The World Get A Lot Of Money After "beating" Don Moore, Floyd Mayweather Jr. Will Ride The Ring Again In Abu Dhabi This Year 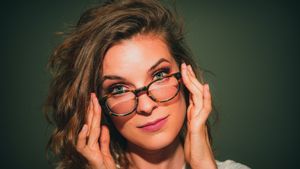 Save Words, Here's Why Introverts Find Strength In Silence