JAKARTA - Behind the success of its social media network, Facebook has a myriad of problems including mental health that must be experienced by its employees. It is reported that Facebook agreed to compensate its employees who have to experience stress and mental health while moderating content on its platform.

The Verge reported, Wednesday May 13, that 11,250 moderators, based at the Facebook office of the United States (US), will receive payment as compensation for mental health problems they experience while assessing potentially dangerous material on Mark Zuckerberg's platform.

It is known, content moderators are required every day to view photos and images of rape, murder and suicide, in order to make the filter owned by Facebook successful to filter potentially dangerous content and violate social media policies with the blue logo.

Later, current and previous content moderators in the US will each receive at least US $ 1,000 in compensation for a total of US $ 52 million. If moderators are diagnosed with post-traumatic stress disorder (PTSD), or a related mental health condition, they will be compensated more under Facebook's terms and conditions.

The pay depends on the mental illness they have, to major depression as a result of the job and the total amount demanded. One moderator can be awarded compensation of up to US $ 50,000.

This lawsuit stems from one of the former content moderators of Selena Scola in 2018. She claimed that she had PTSD after nine months of work. The lawsuit alleges that the company had "neglected its duty" to protect moderators who were mentally traumatized after viewing extreme material as part of their job.

"We are very pleased that Facebook is working with us to create an unprecedented program to help people do work that was unimaginable even a few years ago. However, the costs this work can incur are real and very severe," said a plaintiff's attorney. , Steve Williams.

As part of the settlement, Facebook will make changes to its content moderation software. Audio content will be muted and videos that often include violent or abusive footage will be displayed in black and white.

These changes will apply to all moderators in 2021. Moderators will also have access to licensed mental health professionals, counselors and group therapy sessions that are held monthly.

The settlement includes content moderators in California, Arizona, Texas and Florida who worked for Facebook from 2015 to date.

"We are grateful to the people who are doing this important work to make Facebook a safe environment for everyone. We are committed to providing them with additional support through this settlement and in the future," said Facebook in its official statement. Stablecoin Djed Cardano To Be Launched, Here Are Things You Should Know! Researchers Use AI To Find Signal From Alien Head Of Bapanas Assess An Abnormal Rice Price At This Time Affirm The Form Of Agreement When Anies Advances The 2017 DKI Gubernatorial Election, Gerindra: Regarding Not Advanced As President Does Exist Selling Forbidden Drugs To Students And Young Tabalong South Kalimantan, 2 Perpetrators RM And JW Were Arrested By The Police After 9 Days Of Training From Lecturer Coventry University, The Stadium Security Study Was Closed By The National Police Chief 3 Perpetrators Of The International 'Raja Hockey' Judicial Complot Were Arrested By The Riau Islands Police, Server Games Are In The Philippines 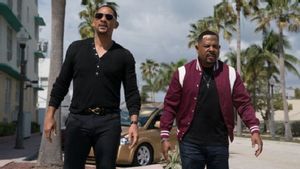