JAKARTA - Cardano (ADA) continues to expand its reach in Africa. Recently the Input Output company and the World Mobile Group worked together to build internet access, social services and a financial system in Tanzania through the Cardano blockchain technology.

Of the 1.3 billion inhabitants of the African continent, more than 700 million people cannot access internet services. World Mobile makes use of Cardano technology to provide Internet access and so on for Tanzanians.

Launching Cryptopotato, based on the report, the company will start its project from the island of Zanzibar. They aim to provide quality internet services using solar powered energy sources.

"World Mobile has built a network based on a new relationship between people and connectivity where ownership, governance and identity work to empower users and make access available to all in a sustainable way," said World Mobile CEO, Micky Watkins.

He also said that his party welcomed the cooperation positively and was trying to open up a new world for the residents there.

"I am pleased to have established this symbolic collaboration with Iput Output. Together, (we are) working to open up a new world, "added Watkins.

The information comes after Cardano announced its partnerships with other African countries. On April 27, ADA collaborated with the Ministry of Education of Ethiopia to create a blockchain-based national ID and achievement recording system in the country.

To date, ADA is a cryptocurrency which has the sixth largest market capitalization in the range of other cryptocurrencies. For information, Cardano itself is the first blockchain project based on peer-reviewed academic research. The name Cardano itself is taken from the name of a mathematician during the Renaissance, Girolamo Cardano. 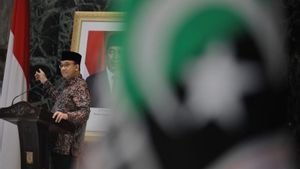 LBH Criticizes Evictions During Anies' Leadership Period, Provincial Government: Not A Human Rights Violation And Look At The Development! The Hubble Telescope Observes Supernovas From Their Early Stages COVID-19 Case Slopes, DKI DPD Fahira Idris: We Must Learn From Other Countries Illegal Lending Is Also Rampant In Papua, OJK Calls It Because Of The Ease Of Access