JAKARTA - Some time ago, Facebook decided to no longer display news content to Australian users. This is due to the attitude of the Australian government that is drafting a new bill regarding the policy of broadcasting news in mass lines. The law is called News Media Bergaining Code Law.

Now Facebook changes its decision and returns to publishing news content on its platform for residents of the Land of Kangaroo. This is due to the softening of the Australian government. They also agreed to revise the regulations he was working on.

William Easton, Managing Director of Facebook Australia and New Zealand, said that the company was satisfied with the approval of several changes by the Australian government. Facebook is also pleased with government guarantees of issues Facebook is concerned about.

On the other hand, Facebook also plans to increase investment for public journalism. In other words, Facebook is ready to partner with news publishers in the Land of Kangaroos.

Meanwhile, Campbell Brown, VP Global News Partnership for Facebook, said that Facebook can still control the type of news that will be displayed on its platform.

"So we don't automatically submit to forced negotiations," Brown said.

One of the points in the News Media Bargaining Code Law Bill is that the government must review commercial agreements that exist between digital platforms and the media before implementing the policy. Not only that, technology companies must be notified one month in advance.

Another point that was revised is related to giving an additional 2 months to enter into agreements with news organizations as reported by the Sydney Morning Herald.

Some time ago, Facebook decided to stop publishing news on its platform for Australian residents. In this case, it includes national and international news content.

Previously, Facebook was accused of taking huge profits from broadcasting news on its platform. To act on this, the Australian government drafted a law so that media companies also benefit. However, Facebook has denied these allegations.

Before Facebook, other technology giants also had a similar problem. Google once threatened to leave the Kangaroo Country. DPRD Asks For Rations For Their Families To Be Vaccinated Against COVID-19, The DKI Provincial Government Refuses Barcelona To Copa Del Rey Final, Koeman: We Deserve To Qualify, We Are The Best Team 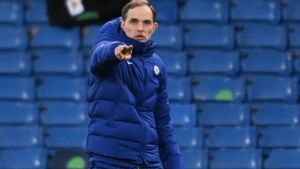