JAKARTA - At CES 2021, Razer has announced its newest line of gaming laptops, the Blade 15 and Blade Pro 17. Both come with the latest NVIDIA GeForce RTX 3000 Series GPUs so it will be easier to run most games at high refresh rates.

Razer's update brings the new RTX 3060/3070/3080 and an upgraded display with refresh rates up to 144Hz to the Blade series. The Razer Blade 15 itself has two versions, the basic model and the advanced model. The Blade Pro 17, on the other hand, comes with NVIDIA's new Ampere Architecture.

For specifications, Blade 15 Advanced is equipped with RTX 3070 and QHD display with G-Sync. You can customize the model up to the special RTX 3080 variant which has 16GB of VRAM. Meanwhile, the Blade Pro 17 will be equipped with the RTX 3060.

Razer is still using the GTX 16-series chip for the more affordable Blade 15 and will be equipped with an Nvidia GTX 1660 Ti. Adjustable up to RTX 3070.

The company is sticking with 10th Gen Intel Comet Lake processors for this Blade line of laptops. The lower cost Blade 15 configuration will offer six cores of 10750H.

The Blade 15 Advanced and Blade Pro 17 each feature the eight-core Comet Lake 10875H processor from Intel.

All series are equipped with USB-C, HDMI 2.1, a microSD UHS-III reader, and a keyboard with Razer Chroma RGB lighting and front speakers.

All models will be available for pre-order starting today on the Razer online store, with the base Blade 15 and Blade Pro 17 arriving first on January 26. The Blade 15 Advanced will be delivered in February. 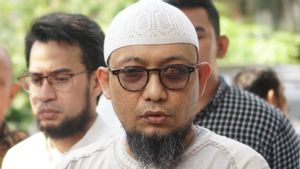 Get To Know The Largest Ancient Landslide Disaster In The World 3 These Countries Use Advanced Technology To Anticipate Flood, Should It Be Emulated In Indonesia? The Phenomenon Of Blue Light Shining Into The Sky, Says The European Space Agency This Is The Galaxy Buds Pro, Samsung's Most Premium TWS