What Is Encryption And How It Works To Protect Personal Data?

YOGYAKARTA - Many people wonder about the term encryption in WhatsApp chats or messages. Encryption is a security system to protect data. When an encrypted WhatsApp chat means your chat data cannot be read by others.

Encryption is useful for protecting data security so as not to be misused by other parties. Encryption plays an important role in cyber security to prevent data taking actions for negative or illegal purposes.

Encrypt or encrypt is a data confiscation system so that information can only be read by those who have access only. Technical encryption is a conversion process from ordinary text that can be read by humans into text that cannot be read, from human-readable to plaintext.

Encryption is applied for the purpose of preventing other parties from knowing the data or messages that are being distributed and discussed. So the encryption system will work when a third party tries to access or hack the data. Text that third parties are trying to read will be chaotic and not understandable.

Encryption has a number of benefits for its users in running a technology or device. Here are some of the benefits of encryption.

The main benefit of encryption is to maintain the data or privacy of its users. Encryptions will work to swipe data into not being easy to read or difficult to understand by others. The problem of data leakage can be avoided more optimally using encryption technology.

Messages or chats in the application are a data that must be maintained. Not everyone has the right or deserves to access other people's conversations in an application. Leaked messages will make a person lose privacy and personal data. Encryptions are applied in an application to prevent these negative actions, such as in WhatsApp chats.

Encryptions also have benefits for digital signatures. Digital signature is a line of statements on e-copy such as emails containing encrypted statements. Readers or accessors will be able to understand the statement after decrypting it.

That is what encryption and how it works and benefits are. With encryption technology, all forms of cyber crime can be avoided. Every digital technology user must now be aware of the importance of data protection to prevent data leakage and misuse for harmful and negative activities.

Stay up to date with the latest domestic and foreign news on VOI. You present the latest and most recent nationally and internationally. 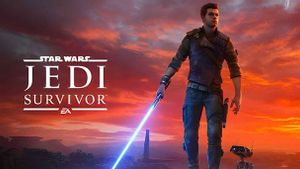 Mozilla And Google Are Developing Non-WebKit Browsers For IOS Prevent Child Promulgation And Violence, Police Explains The Fulfillment Of Rights And Protection For Children Brawls Who Never Gone From Time To Time, Police Close To Community Leaders And Parents This Is Kiat Ganjar Pranowo Overcoming Inflation In Central Java