JAKARTA - Russia on Wednesday, May 18 touted its new generation of laser weapons. These include the mobile laser system which was first announced by Russian President Vladimir Putin in 2018. This weapon, according to Moscow, has been developed so far that it can blind orbiting satellites and destroy drones.

Putin in 2018 unveiled a range of new weapons including new intercontinental ballistic missiles, with small nuclear warheads that can be mounted on cruise missiles, underwater nuclear drones, supersonic weapons, and laser weapons.

Little is known about what exactly the laser weapon, which was named Peresvet, was named after a medieval Orthodox warrior monk, Alexander Peresvet, who died in mortal battle. Putin gave some details back in 2018 and the laser details are a secret.

Yury Borisov, deputy prime minister in charge of military development, told a conference in Moscow that Peresvet is already in widespread use and can blind satellites up to 1,500 km above Earth.

He cited a test on Tuesday, May 17, which he said had burned the drone 5km away in five seconds. But many media outlets, including Reuters, have not received confirmation from independent sources on the claims.

"It is already mass supplied to the (missile) troops, and it can blind all satellite reconnaissance systems of possible enemies in orbit up to 1,500 km away, incapacitating them during the flight due to the use of laser radiation," Borisov said.

"But it is, say, today, or even in some ways yesterday: our physicists have now created, and practically mass-produced, an order of magnitude more powerful laser systems that can inflict thermal damage on a wide range of equipment," said Borisov.

Borisov's remarks show that Russia has made significant progress with Peresvet, and the other yet-to-be-announced successors. This is an interesting trend for other nuclear powers such as the United States and China.

His remarks suggest Russia could blind the satellites and various other systems the United States uses to monitor Russian intercontinental ballistic missiles or drones used to target artillery positions in the Ukraine war.

Borisov said he had just returned from Sarov, a closed city in the Nizhny Novgorod region formerly known as Arzamas-16 for its top-secret, which is the center of Russia's nuclear weapons research.

"These are mainly laser weapons, electromagnetic wideband weapons that will replace (conventional weapons) in the next decade - this is not some kind of exotic idea; this is reality," said Borisov. These 3 Applications Can Be Used To Get Feedback Anonymously 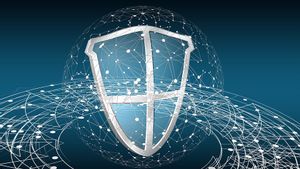 G7 Agrees To Strengthen Cyber Defense Against Threats From Russia Poor Performance Due To 'Terror' By Moneylenders, Lebak Regency Government Asks ASN To Only Owe To Banks UK PM: If Putin Was A Woman, She Didn't Start Wars And Crazy Violence