JAKARTA - Call of Duty has experienced tremendous player growth since the launch of Modern Warfare (2019). But after that, the number of players quickly eroded over the past year. Call of Duty: Vanguard 2021 was warmly received by players and critics alike for its disappointing sales.

As you might have guessed, it has had a pretty significant impact on the consistent engagement the series sees from its player base.

In its latest quarterly financial report, Activision Blizzard reported a sharp decline in the number of its monthly active Call of Duty users, especially on the Activision side.

Both of these also resulted in a year-over-year decline in Q1 2022 for Call of Duty net orders on PC and console.

Activision will be hoping that the upcoming release of Call of Duty will reverse the fate of the series once again. A sequel to Call of Duty: Warzone will be revealed in the coming months.

Meanwhile, Call of Duty: Warzone Mobile is also in development, although it's reported that there won't be a new premium Call of Duty release in 2023. 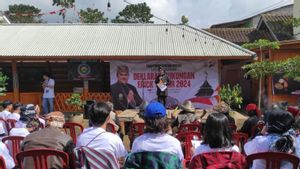