JAKARTA - Twitter Inc said on Monday, January 17 that it would expand its testing feature to allow users to flag misleading content on its social media platform. After being piloted to the US, this feature was piloted to Brazil, Spain, and the Philippines.

Twitter introduced a trial of the feature in August last year, as part of its efforts to reduce misinformation on its platform. This trial was first tested in the United States, Australia, and South Korea.

According to a Reuters report, since it was first announced, Twitter says it has received about 3 million reports from users who have used it to flag tweets they believe violate its policies.

The social media giant last year launched another program called Birdwatch, which allows participants to write notes and provide additional context for misleading tweets, even though the notes are kept on a separate website.

It is not known exactly when the feature will be tested in Indonesia, or applied to the rest of the world. It is hoped that through this new feature Twitter will no longer be an arena for spreading hoaxes or news or irresponsible news. 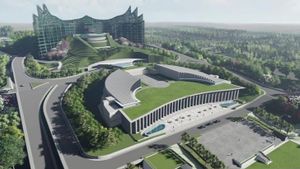 Procurement Of Goods At IKN Nusantara Prioritizes Domestic Products, Head Of LKPP: We Have Made The Regulations