JAKARTA - Formula One Ferrari team racer, Charles Leclerc, on Thursday announced he was positive for COVID-19 based on the latest test results. He is currently undergoing independent isolation at his home in Monaco.

Although he found few mild symptoms from the test results, Leclerc admitted he felt fine.

"I always carry out routine checks according to the protocol that applies to the team. Unfortunately, recently I found out that I had contact with positive people and immediately underwent self-isolation while notifying people I had met," wrote Leclerc in his personal Instagram story, @charles_leclerc.

"My follow-up test is positive. I will continue to be isolated at home in Monaco, in accordance with the rules set by the local government," he added.

Leclerc did not say where he might have contracted COVID-19, but earlier this month the 23-year-old racer spent time in Dubai, United Arab Emirates.

He is the fifth F1 driver to catch COVID-19 after Sergio Perez, Lance Stroll, Lewis Hamilton and Lando Norris.

Norris, was the last racer before Leclerc who was found to have tested positive for COVID-19 while on holiday in Dubai earlier this month before undergoing a winter training camp.

F1 season 2021 is scheduled to start paving on March 28 in Bahrain, after the pandemic forced the opening series to be moved from Australia.

Last season, Leclerc finished eighth in the final when Ferrari had its worst season in 40 years.

Welcoming the new season, Leclerc will get a new partner with the arrival of Carlos Sainz from McLaren to replace Sebastian Vettel. Hamilton Is Not Pursuing A New Contract With Mercedes, But This 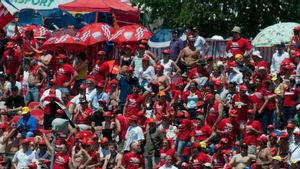 Curhatan Albon After Being Dumped By Red Bull