The allegations are in accordance with documents filed at the District Court in Washington, Wednesday, January 13, as reported by CNN. Court documents say, Keller was identified by an image of one of the media.

Meanwhile, FBI Special Agent Matther R. Barofsky wrote in the trial document that Keller was identified by comparing his photo with the photo on his driver's license issued by the State of Colorado.

"The photos from the Capitol also show Keller wearing the jacket of the US Olympic Team and being one of the tallest individuals," he wrote. Keller himself is known to be 6 feet 6 inches or about 1.98 meters tall.

Meanwhile, USA Swimming in its statement to CNN said it respects the rights of individuals and groups to carry out peaceful protests.

"But, do not condone the actions that happened on Capitol Hill last week," explained USA Swimming. 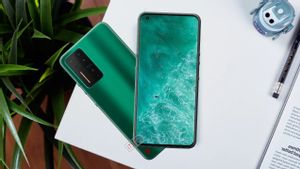 Teco Does Not Leave, He Finally Extends His Contract With Bali United