Oceanman 2022 In Jimbaran Followed By 461 Swimmers From 14 Countries

JAKARTA - The Oceanman swimming competition in open water which was held at Muaya Beach, Jimbaran on 1-2 July 2022 was lively. This competition was attended by 461 participants, consisting of 386 local participants and 75 foreign participants from 14 countries such as Singapore, Thailand, Malaysia, Spain, Russia, Ukraine, Belarus and Vietnam.

The championship which was opened directly by the Minister of Tourism and Creative Economy (Menparekraf) Sandiaga S. Uno took place at 6.40 WITA in four categories, namely Oceanman 10 kilometers, Half Oceanman 5 kilometers, Sprint Oceanman 2 kilometers, and Oceankid 1 kilometer specifically for the category children.

The participants took turns swimming from the starting point of Muaya Beach in the InterContinental Bali Resort area, Jimbaran, starting with participants swimming 10 km, then 5 km, 2 km, and finally the group of children 1 km.

The swimming path taken by the participants formed a triangular area with the shortest side distance of 333.3 meters, the middle side 666.6 meters, and the widest side for the 10 kilometers category each with a distance of 1.66 kilometers.

Along the swimming path, there is a buoy — a kind of buoy that serves as a marker — for participants not to swim out of the lane. Not only markers, the committee also mobilized lifeguards and professional swimmers to accompany the participants while ensuring their safety and security.

At the Oceanman Indonesia 2022 event, Indonesian Minister of Tourism and Creative Economy Sandiaga Uno along with a number of national swimming athletes such as Aflah Fadlan Prawira, Glenn Victor Sutanto, I Gede Siman Sudartawa, and Timothy Mulyadi participated in the 2 kilometer Oceanman Sprint category.

The national swimmers on average can swim for approximately 30 minutes and they are included in the top 10 swimmers who arrive first at the finish line.

Meanwhile, Sandiaga swam for 45 minutes to 50 minutes. From the shoreline, Sandiaga was seen running leisurely towards the finish line.

Oceanman Indonesia is the largest open water swimming competition held by two Indonesian Olympians, Albert and Felix C Sutanto. The championship which was held at Muaya Beach, Jimbaran, became the second competition held by the two Indonesian Olympians after they successfully held Oceanman Indonesia at Sanur Beach, Bali, in 2021. In the world, the Oceanman open water swimming championship was held for the first time in 2015. 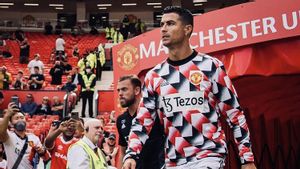