JAKARTA - Badminton player Yeremia Erich Rambitan apologized for his remarks that sounded sexual harassment while at the 2021 SEA Games Hanoi.

The apology was conveyed through a video which was then uploaded to the official PBSI Instagram stories, Wednesday, May 25. The NOC Indonesia account is also included in the video.

"Hello everyone. On my behalf personally, Yeremia, I appeal to PBSI, the Indonesian NOC team, and all badminton lovers," said Yeremia.

As is known, the video when Jeremiah threw obscene words to SEA Games volunteers had enlivened social media.

In the clip that was circulating, Yeremia can be heard saying "I love you and want f**k you" while with other Pelatnas colleagues on the bus.

His actions then received widespread criticism from users of various social networking platforms. As a professional athlete, he was deemed inappropriate for those words.

"The coach has reprimanded me harshly and I have also apologized to the volunteer. Once I apologize for everything," he continued.

Jeremiah is a badminton player who plays in the men's doubles sector. The 22-year-old athlete is currently paired with Pramudya Kusumawardana and is ranked 16th in the BWF rankings.

At the 2021 SEA Games, the pair managed to reach the final round of the men's doubles individual number. However, they lost to their compatriots Leo Rolly Carnando/Daniel Martin so they had to settle for bringing home the silver medal. Guessing The Port Of Federico Bernadeschi, Alvaro Morata And Paulo Dybala After Being Officially Released By Juventus 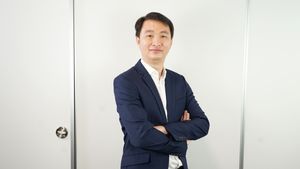 Talking About Teammate For MotoGP 2023, Francesco Bagnaia: Anyone, No Problem Fever And Nausea Are The Most Common Symptoms Of Mysterious Hepatitis