JAKARTA - AS Roma won a narrow 1-0 victory over Cagliari in the 22nd week of the 2021/2022 Italian League at the Stadio Olimpico on Monday, January 17 in the morning WIB. Although winning, did not make coach Jose Mourinho happy.

The duel between Roma and Cagliari ended with the score 1-0, even though the hosts had many chances to score more goals. However, the Giallorossi were only able to score one goal through the execution of Sergio Oliveira in the 33rd minute.

Seeing the many good opportunities that were thrown away by Roma in that match, journalists asked Mourinho questions in the post-match press conference. They alluded to AS Roma who had difficulty subduing Cagliari with many goals.

"Good question - I don't have an answer," Mourinho responded.

"It's a game that should be made easy: score early in the second half to make it 2-0, then add another goal maybe."

"It was a game that we had complete control of, but it could have ended 1-1 if Rui Patricio had not made a great save."

Furthermore, Mourinho also acknowledged that this victory was very important, but he stressed that AS Roma should have done better and could have won with a bigger number.

"That's why I always feel a little worried. I was a bit worried until the end. Whenever you don't kill the game you can always lose points."

Regardless of the coach's response and comments, AS Roma's narrow victory over Cagliari was enough to make them regain sixth place in the standings from their city rivals, Lazio. They now collect 35 points from 22 matches. That number is on par with Lazio, but AS Roma are ahead on goal difference. Internet Users In Indonesia Are Growing Rapidly, These Are Tips For Maintaining Data Security In The Digital Space 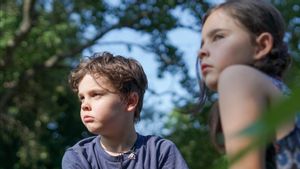