President Issues PP, KPK Can Auction Confiscated Goods In Corruption Cases Since Investigation According To These Criteria

JAKARTA - President Joko Widodo signed Government Regulation (PP) No. 105 of 2021 regarding the Auction of confiscated goods for the KPKi so that the KPK can conduct auctions from the investigation stage.

This is regulated in Article 3 of PP No. 105 of 2021, namely "The auction of confiscated objects can be carried out at the stage of the investigation, prosecution, or the case has been transferred to court". The Government Regulation was signed by President Jokowi on October 12, 2021.

Launching Antara, Monday, October 25, confiscated items that can be auctioned since the investigation stage must meet the criteria (1) quickly damaged; (2) harm; or (3) the storage cost will be too high as regulated in article 4 paragraph 1.

However, if the confiscated object as referred to in Article 4 paragraph 1 is an object that is prohibited or prohibited from being circulated/traded based on statutory regulations, it is excluded from being auctioned.

To auction confiscated goods from the investigation or prosecution stage, the PP stipulates that there is approval from the suspect or his proxies (article 5 paragraph 1).

In his explanation, it was stated that the Government Regulation was a fulfillment of the mandate of Law No. 19 of 2019 which was to prevent a legal vacuum and at the same time support the national strategy to eradicate corruption.

In the Government Regulation's explanation, it is stated that confiscated objects are easily damaged and/or objects whose economic value is rapidly decreasing, for example (1) certain electronic goods; (2) medicines that have expired; or (3) luxury vehicles.

Meanwhile, dangerous confiscated objects include chemicals and confiscated objects whose storage costs will be too high, including (1) motorized vehicles (2) other means of transportation; (3) jewelry/precious metals/precious stones; (4) heavy equipment; (5) livestock/pets.

For the issuance of Government Regulation No. 105 of 2021, the KPK appreciates President Joko Widodo's steps.

"The PP makes it possible for the KPK to be able to conduct an auction of confiscated objects from the investigation stage", said KPK spokesman, Ali Fikri, in Jakarta, Monday.

This, according to Ali, in addition to minimizing maintenance costs, also anticipates the depreciation of confiscated assets so that efforts to recover state financial losses can be carried out optimally.

"This policy is a breakthrough and a step forward for eradicating corruption in Indonesia. Through an effective and efficient corruption eradication process, it can still provide an optimal 'outcome' as a contribution to the coffers of state revenue", said Ali. 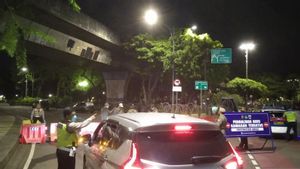 Good News, Tourist Attractions In Garut Are Back Open Because It's PPKM Level 2