SEMARANG - The General Criminal Directorate of the Central Java Police continues to develop the arrests of a number of suspects in the crime of lottery gambling in several areas in the province.

General Criminal Director of the Central Java Police Kombes Djuhandani said, from the development of the previous disclosure, the police again arrested three sellers of online lottery gambling coupons in the Sukoharjo area.

"Three suspects have been detained at different locations in Sukoharjo," Djuhandani said to the media, Thursday, October 21.

Along with the suspect, evidence in the form of cell phones, cash, and lottery coupons were also secured.

He explained that these dealers are targeting people with lower class economic conditions. The perpetrators will then be charged with Article 303 of the Criminal Code regarding gambling. The day before, the Directorate of General Criminal Investigation of the Central Java Police arrested a number of suspects in the crime of gambling lottery in a number of areas in this province.

The suspects were respectively secured in the areas of Sukoharjo, Klaten, and Batang.

The first arrest of a seller of online lottery gambling coupons and dji kia stamps in the Sukoharjo area.

From the arrest, two other suspects were developed and secured in the Klaten area.

Meanwhile, another lottery ticket seller was arrested in Batang Regency who opened his stall in his garage in the Gringsing area.

Djuhandani emphasized that the police will continue to take action against public ills, especially gambling. 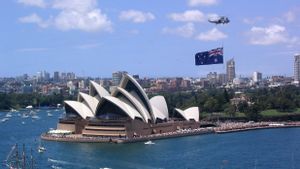