Message From The Siliwangi Military Commander To The 'Satan Troops' Before Papua: 400 People Depart, 400 Return!

JAKARTA - The Armed Criminal Group (KKB) in Papua has been considered a terrorist by the government following its frequent brutal actions. In addition to Densus 88 - elite National Police troops - the Indonesian Army also deployed soldiers from the Infantry Battalion 315/ Garuda to Papua.

The progress of this troop nicknamed Satan Troops cannot be considered playing games because it is often involved in military operations. For example, eliminating the separatist group in East Timor under the name Operation Seroja until they served in the Military Operations Area aka DOM Aceh.

Various preparations have been made by these troops ranging from knowledge, expertise, mental, physical when they were placed in Ciwidey, Bandung district, West Java on 27 March. Not to mention the provision of infrastructure and armaments of Infantry Battalion 315/Garuda.

"Before carrying out the operational task of the Garuda Infantry Battalion 315 Task Force, they were trained and trained for a month since March 27, 2002, one in pre-service training took place in the Ciwidey training area, Bandung regency, West Java to increase the knowledge and combat skills of soldiers to be applied in the assignment area later", wrote Military Commander III/Siliwangi on their social media accounts.

The results of the investigation, Military Commander III/Siliwangi Major General TNI Nugroho Budi Wiryanto said that all personnel of Infantry Battalion 315/Garuda were ready to carry out the state's task of securing vulnerable areas of Papua.

"Hopefully all of you will always be protected by Allah SWT and can carry out your duties properly, safely, and smoothly. I am proud of all of you, please keep this pride". McDonald's BTS Meal Is Considered Only A Form Of Symbol Consumption, Fans Seem To Be Part Of The South Korean Boyband 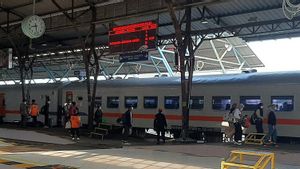