BANDUNG - Police shot dead the perpetrator of motor vehicle theft (curanmor) who was in action in Bandung City, West Java.

Kasat Reskrim Polrestabes Bandung AKBP Adanan Mangopang said that the perpetrator was taken with a firm and measured action, because he resisted the security forces.

"We took firm action against one of the perpetrators of the crime, and he is a recidivist," said Adanan, at the Bhayangkara Sartika Asih Hospital, Bandung City, quoted by Antara, Wednesday, February 24.

Adanan has not yet mentioned the identity of the perpetrator and the exact location of the theft. However, according to Adanan, there were two perpetrators in the action.

The theft occurred in the Rancasari District, Bandung City. The perpetrator fled to the east of the Bandung area.

This firm action was carried out by the police who gave chase in the Cinunuk area, Bandung Regency. One of the perpetrators, at that time, was said to have endangered police officers.

"The perpetrators were two people, but one fought back, we took firm action," said Adanan.

"The chronological details will be delivered tomorrow together with the Chief of Police," he said. 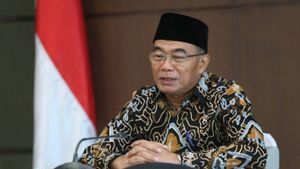 It Was Revealed That The Lake In Sikumana, NTT, Was Formed Due To High Rainfall