248 Hectares Of Land In Riau Burned Down, The Largest In Bengkalis

JAKARTA - The area of land burned in the Riau Province from the beginning of January 2021 until now has reached 248.95 hectares.

According to data from the Riau Province Regional Disaster Management Agency (BPBD), the most extensive land fires occurred in Bengkalis Regency. The burnt peatland in Bengkalis covers 82 hectares (ha).

Riau Governor Syamsuar set an emergency status for the forest and land fires in his area from mid-February to 31 October 2021.

"We have also deployed a joint team from the National Army (TNI), the Police Force (Polri), the Regional Disaster Management Agency (BPBD), and Manggala Agni, including extinguishing assistance from companies in the vicinity of the fire", he said as quoted by Antara, Wednesday, February 24.

According to the Pekanbaru Station of Meteorology, Climatology and Geophysics Agency (BMKG), on Tuesday morning the satellite detected 20 hotspots, an initial indication of forest and land fires on the island of Sumatra and 15 of them in Riau.

"If it is widespread, (blackouts) are expensive, up to trillions, it will take a long time and a lot of personnel to overcome them. So prevention must be done from the start", said Edy Natar Nasution. 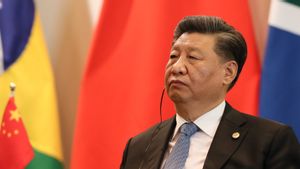 Tomorrow He Is Inaugurated As The Regent Of Semarang, Ngesti Nugraha Is Canceled By The KPK In The Bansos Case Thanks To PPKM, The Highest Increase In Cases And Deaths Of COVID-19 Is No Longer Dominated By Java