JAKARTA - Nearly 5,000 Hong Kongers have applied to live, work and study in the UK, taking advantage of a new visa scheme that paves the way to British citizenship.

According to the rules, Hong Kong residents who have a British National Overseas (BNO) passport will be allowed to stay in the UK for five years and then apply to be 'residency status' before becoming British citizens.

About half of the 5,000 applications received were from Hong Kongers who were already in the UK, as reported by Reuters from The Times. A total of about 5.4 million Hong Kongers is estimated to be eligible to be British citizenship under the special visa scheme.

The UK government estimates the new visa could attract more than 300,000 people and their dependents to the UK. Meanwhile, China said it would make them second-class citizens.

The UK interior ministry declined to comment on this, but a spokesman said the data would be published in the coming months.

The program, which was launched in 2020, provides eligible Hong Kong citizens with the opportunity to have British citizenship. This program was launched, in line with the issuance of the New Security Law by China which met with great opposition in Hong Kong.

Later, with this granted visa, after they have lived, studied, and worked in the UK for five consecutive years they can apply for citizenship.

"I am very proud that we have brought this new path for Hong Kong BNO to live, work and make their home in our country", Johnson said in a statement.

The Chinese and Hong Kong governments said they would not admit BNO passports as valid travel documents starting January 31. The BNO status was created by the British in 1987 specifically for residents of Hong Kong. KPK Investigates The Flow Of Money In The Nurdin Abdullah Case, Including To The Party 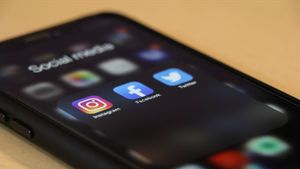 US Does Not Sanction Prince Of Saudi Arabia On Murder Of Jamal Khashoggi, UN: Danger