Forest Fires of Up To 10 Hectares In Bintan, The Perpetrator Is Arrested By The Police

BINTAN - The police named a man with the initials S as a suspect in the case of forest and land fires (karhutla).

"Even though the burned land belongs to him, S's actions have caused a large fire to occur", said AKBP Bambang during a press conference at the Bintan Police Headquarters quoted by Antara, Tuesday, February 23.

AKBP Bambang said that when the forest and land fires occurred, the perpetrators had tried to extinguish the flames. However, this effort was unsuccessful because at that time the wind was strong so the fire continued to spread.

The suspect was considered negligent when he started a fire on his land. Moreover, the peatlands in the area are fairly flammable.

"We urge residents to always be vigilant and careful when they want to clear land by burning. Moreover, the dry weather conditions accompanied by strong winds are still ongoing", said AKBP Bambang.

The perpetrator has been detained at the Bintan Police for further investigation. The perpetrator is subject to Article 108 of Law Number 39 of 2014 concerning Plantations.

This article states that every person who clears and/or cultivates land by burning as referred to in Article 56 paragraph (1) shall be punished with a 10-year long imprisonment and a maximum fine of IDR 10 billion. 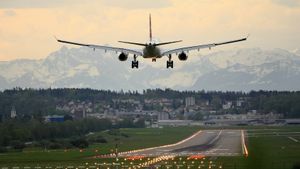