BANDA ACEH - The Aceh High Prosecutor's (Kejati) Fugitive Arrest Team (Kejati) has arrested a convicted buffalo theft. This fugitive is hiding in a house in the city of Banda Aceh.

Aceh Prosecutor Head Muhammad Yusuf said the convict was named Saipundi alias Cek Pon bin Ibrahim (50). The convict, who was sentenced to one year in prison, was arrested after being a fugitive for three years.

"The convicted Saipundi was arrested at a house in Gampong Asoe Nanggroe, Meuraxa District, Banda Aceh City, Tuesday, at 11.00 WIB. The convicts have been moving around," said Muhammad Yusuf as quoted by Antara, Tuesday, February 23.

Muhammad Yusuf said the arrest of the convict was made after the Aceh Attorney General's Office's Tabur Team had monitored him for the past month. After confirming that the person concerned was the convict, the Tabur Team immediately arrested him.

"The convict was arrested without resistance. Furthermore, the convict was handed over to the Aceh Jaya District Attorney's office to be executed at a correctional facility in Aceh Jaya," said Muhammad Yusuf.

Muhammad Yusuf said Saipundi alias Cek Pon bin Ibrahim was convicted based on the Supreme Court ruling in the buffalo theft case on September 24, 2018. However, he fled when he was about to be executed.

"The person concerned was acquitted by the Calang District Court, Aceh Jaya. Then, the prosecutor made an appeal until the Supreme Court's cassation verdict was issued with a one year imprisonment," said Muhammad Yusuf.

With the arrest of Saipundi alias Cek Pon bin Ibrahim, the Aceh Attorney General's Office of the Tabur Team has arrested seven convicts who have been on the wanted list (DPO), as well as two others who surrendered.

"Now, there are 38 more fugitives who are being chased by the Tabur Team. Those who feel fugitive, immediately surrender themselves. The Tabur Team has identified some of them, including where they are hiding," said Muhammad Yusuf. 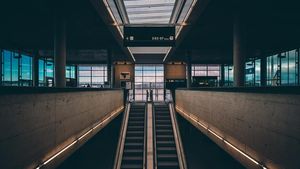