JAKARTA - The Indonesian Solidarity Party (PSI) has asked DKI Jakarta Governor Anies Baswedan to dare to curb buildings in the Kemang area, South Jakarta. The control of this building is to widen the Krukut River in order to prevent repeated flooding.

“Pak Anies explained that the flood in Kemang was caused by the overflowing Krukut River. Next, what are the steps of the DKI Pemprov? Does the DKI Pemprov just keep quiet and ask residents to surrender? Jakarta residents need a solution, not just social assistance, ”said Michael Victor Sianipar, Chairman of the Jakarta PSI Regional Leadership Council (DPW) in a written statement, Tuesday, February 23.

According to Michael, the Krukut River is indeed narrow, at some points it is only 3 to 5 meters wide. As a result, Krukut River is unable to accommodate the flow of water when there is heavy rain.

In 2016 the DKI Water Resources Agency already has a plan to widen the Krukut River to 20 meters. The plan to expand Krukut River coincides with the demolition of hundreds of buildings in the Kemang area.

This is because the narrowing of Krukut River was caused by the large number of buildings suspected of violating spatial planning.

"After the flood recedes, Pak Anies must continue to work to solve the flood problem, don't act as if the flood never happened. If the cause of flooding is that the Krukut River is too narrow, then the river must be widened to accommodate more water. Therefore, Pak Anies must have the courage to curb the buildings in Kemang that block the flow of Krukut River, "said Michael.

Previously, Deputy Governor of DKI Jakarta, Ahmad Riza Patria, said that his party would summon developers or developers who carry out development without paying attention to environmental impacts.

This is related to the floods that hit several areas in the capital city in the past few days. Particularly for flooding in the Kemang area, a number of parties suspected that the developers had an error in the development system.

"In due time we will summon, we will discuss, so that the developers are also responsible for various problems. Not only flood problems, traffic jams and other environmental problems," said Riza at City Hall DKI, Central Jakarta, Monday, February 22. .

Riza admitted that it is not uncommon for private developers to make positive contributions to the surrounding environment, such as improving public infrastructure. However, he admitted that there were also those that had a negative impact. Kim Kardashian Abused While Pregnant With First Child: I Am Likened To A Killer Whale 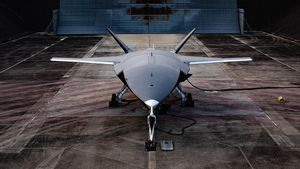