"This infiltration well program, Sir, in the RPJMD actually has 1.8 million, right? So, from that target to date, it has only reached 15 thousand, "said Chairman of Commission D DPRD DKI Ida Mahampang, Tuesday, February 23 evening.

According to Ida, the completion of this target is in the hands of Yusmada Faisal, the Head of DKI Water Resources (SDA) who was recently appointed by Anies.

"This SDA has a duty to accelerate it, it should be. But I don't know why the governor made the plan in the RPJMD but how come it didn't work. If 1.8 million, that means how many people have tried one RT? I don't know why Mr. Anies made RPJMD like that, "said Ida.

When asked about the planned changes to the RPJMD, Ida admitted that he did not know about it. What is certain is that this infiltration well was once mentioned by Anies as an effort to tackle floods in Jakarta.

"I do not have a proposal to change the RPJMD. I don't know whether the proposal is only in the DPRD leadership or to us as well, I don't know yet, "said Ida.

Previously, when he was Head of the DKI Water Resources Agency, Juaini Yusuf said the target was to build 300 thousand vertical drainages or infiltration wells starting in 2021 until the term of office of DKI Jakarta Governor Anies Baswedan ends in 2022.

However, infiltration wells that were built until the end of 2020 have not reached the target of 5,000 points. As of December 31, 2020, there have been 2,974 vertical drainage points in 777 locations, such as in RPTRA, Regional Government Buildings, Schools, City Parks, and Mosques. 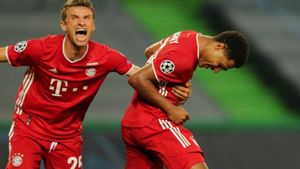