New Wage Rules, Will The Opportunity To Increase Salary Be Missed?

JAKARTA - President of the Association of Indonesian Workers Unions (Indonesian Aspects) Mirah Sumirat said that the reform of the national wage system as stated in the derivative regulations of the Job Creation Law is very likely to eliminate the reference for salary increases every year.

According to him, the calculation of the household consumption aspect which is used as one of the considerations for the increase in wages can be a stumbling block in increasing workers' income each year. This is because if an area is classified as a low-economic region, then it is certain that the level of household consumption is also low.

"Most likely yes (wages do not increase every year). For example, if an area is not an industrial area or a tourism center, what is the basis for the increase? The local regional head can decide not to raise wages, ”he said on Tuesday, February 23, as reported by CNBC Indonesia.

Apart from that, the calculation of the rate of labor absorption and the median wage is also included, while the district / city minimum wage includes regional economic growth or inflation in the regency / city concerned.

This means, the fate of the increase in wages for workers depends on the report compiled from the Central Statistics Agency (BPS), as the main reference for regional heads in determining the figures for the following year.

However, the government still regulates the upper and lower limits of the minimum wage in the region concerned. This is stated in PP 36/2021.

The difference with the old regulation, namely PP 78 of 2015 concerning wages, there is a need for a decent life and by paying attention to productivity and economic growth.

"The need for decent living as referred to in paragraph (1) is the standard requirement for a single Worker / Laborer to be able to live physically properly for the needs of 1 (one) month," writes Article 43 paragraph (2).

Meanwhile in the latest PP, the need for a decent living (KHL) is not mentioned or given consideration in determining the minimum wage. In stipulation, the governor will determine the increase in wages. 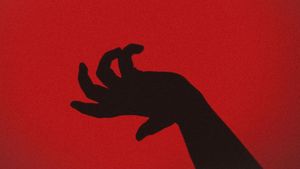 Imagining The Year 2045, Minister Of Trade Lutfi: Jakarta And Bandung Become One, With A Population Of 75 Million People Mayangsari, Bambang Trihatmodjo's Wife Opens Her Voice About The Scattered Photos Of Her New Poster For The Nussa Film Appears A Mysterious Character 26 JKT48 Members Will Hold Their Last Performance, Management: Starting A New Era With A Different Image