A Number Of Flood Affected Areas In West Kalimantan, Submerged Homes And Schools

As reported by Antara, the 1.5 meter high flood occurred due to the overflowing of the Sekayam River inundating as many as 35 residents' houses in two hamlets in Entikong Village, Entikong District, Sanggau Regency, West Kalimantan, which is the RI-Malaysia border area.

"We received reports from residents at around 03.30 WIB that their village was currently flooded. This flood occurred due to the overflowing of the Sekayam River which was unable to accommodate the high intensity of rainwater that had occurred in the last few days," said Entikong Police Head AKP Oloan Sihombing. .

Not only that, he said, based on residents' reports due to the high rainfall, four residential units also collapsed due to landslides.

"In this landslide incident, as many as five residents' houses collapsed. This happened in two places in Entikong Village, and we and our members went to the location of the flood and carried out checks. We also immediately helped residents and coordinated with residents to immediately find a safe place to anticipate the incident. follow-up, "he said.

He added that the location of the flood that inundated the residents' houses occurred on Jalan Pak Tangler 25 houses, nine houses in Entikong Tapang Hamlet and one house in Marau Hamlet, while the houses that collapsed due to landslides occurred in Entikong Benua Hamlet three houses and in Marau Hamlet one. House.

"The water level situation has been decreasing so far, but currently the cloudy weather still covers the Entikong area and its surroundings. For this reason, we and other related parties are coordinating to anticipate the possibility of further flooding," he said.

He added that in this flood and landslide disaster, it was estimated that the loss of residents was around hundreds of millions. However, there were no casualties in the accident.

"We also remind residents to always be aware of the possibility of further flooding. If the condition is not possible, we suggest that residents immediately evacuate to a safer place," said Oloan Sihombing.

Meanwhile, a number of schools and residents' houses in Bengkayang Regency, West Kalimantan were flooded.

"Due to heavy rains in Bengkayang Regency since Saturday, January 9, 2021, which did not stop until Wednesday January 13, resulted in a flood that drowned many schools from kindergarten, elementary, junior high and high school in several districts. We have received reports from related schools. , "said Plt. Head of the Bengkayang Regency Education and Culture Office, Gustian Andiwinata when contacted in Bengkayang.

"As a result of the submerging of several schools from several subdistricts, many school assets and documents were not saved. It can be estimated that the losses suffered from this flood reached hundreds of millions of rupiah," he said.

He added that it is more worrying that many school computers for the preparation of the National Assessment have been submerged and library books have also been submerged.

Seeing this incident, Disdikbud has ordered all teachers, school supervisors as well as the Head of UPT education to immediately take steps to save assets and others and collect data on losses experienced by schools.

"Then, other damage Disdikbud has made a report and submitted it to the Regent to follow up in handling it," he said.

Gustian hopes that the government can provide replacement costs for Sapras and textbooks that were washed away and damaged by the flood. 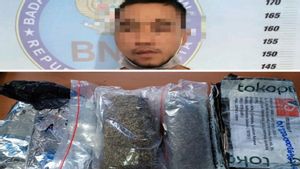 Tanjungpinang City Government Inaugurates Yudi Ramdan Even Though He Is A Suspect, Observer: Not Populist And Supports Corruption Eradication Batik Air Forbidden To Fly To Pontianak, INACA: Not Relevant! Police Arrested For Coffee Farmers Growing Cannabis In The Backyard