JAKARTA - The personnel of the Satreskrim of the Banda Aceh Police have secured a number of protected wild animals from the house of a shabu dealer with the initials TJ (54).

The perpetrator from Banda Aceh is currently serving a sentence in Jakarta for a drug case.

"The suspect is still serving a sentence in Jakarta for a 200 kilogram drug case handled by the central BNN since December 2020," said Banda Aceh Police Chief, Joko Krisdiyanto, as reported by Antara, Thursday, January 14.

Joko said, as for the evidence of preserved wildlife that was secured from TJ's house, namely, one jaguar (panther), one leopard, two birds of paradise, one peacock, and two yellow crested parrots.

"All the evidence has been taken and we secure it to carry out further legal proceedings," he said.

He conveyed that the disclosure of protected animal ownership originated from information from the public about a person keeping wild animals in a house in Gampong (village) Lhong Raya, Banda Raya District, Banda Aceh City.

After that, his party coordinated with the Aceh Natural Resources Conservation Center (BKSDA) and visited the crime scene (TKP) until some of the evidence was found.

"We go to TKP with BKSDA, because of the deepening and how to follow it up, coordination with BKSDA will be carried out," he said.

According to him, Joko, the preserved wildlife was not traded by the suspect, only used as home decoration. But the perpetrators did not have a permit to own the protected animal.

As a result of his actions, the suspect was subject to Law Number 5 of 1990 concerning Conservation of Living Natural Resources and Ecosystems Article 21 paragraph (2) letters (b) and (d) Jo Article 40 paragraph (2).

"The suspect is subject to a maximum sentence of five years in prison and a maximum fine of Rp 100 million," said Joko. Polri Used To Say That High Rainfall Is The Cause Of South Kalimantan Floods, Now They Opens Opportunities To Check Companies 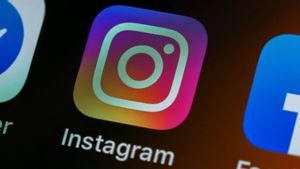 The Story Of Rian, A Tsunami Victim In Aceh, 16 Years Of Staying In A Shelter Which Is Often Flooded