Kim Jon-un Dismissed The Allegations Of Many Parties, The Labor Party Congress Was Closed With A Performance Of Art

There were no reports of the military parade that many expected. Quoting Reuters on Thursday, January 14, Kim Jong-un and North Korean officials filled an indoor stadium in Pyongyang to watch performances put on by military and civilian arts groups and youth groups.

Most of the themes are glorifying Kim Jong-un's leadership and reinforcing the message from the congress, KCNA said. The show is the latest in a series of large gatherings this week, in which Kim Jong-un and other attendees appear not to be wearing masks or social distancing.

North Korea has not reported any confirmed cases of COVID-19. But North Korea has imposed strict border closings, domestic travel restrictions and other measures to prevent an outbreak.

State media has not shown any military parade expected. Such events are being watched closely by international observers for any signs of new military technology being developed by North Korea that is under international sanctions for its nuclear weapons and ballistic missile programs.

Kim Yo-jong, sister of the leader and member of the party's Central Committee, criticized the South Korean military for saying it had detected signs of a military parade in Pyongyang. He even said that the South Korean authorities were "idiots."

"We're just holding military parades in the capital, not military drills targeting anyone or launching anything. Why are they bothering to keep up with what's going on in the North ... The Southerners are a really weird (and) hard to understand group. , "said Kim Yo-jong in a statement published by KCNA.

Experts have speculated that North Korea closes off Congress with a military parade that usually coincides with the launch of a new missile program. But as of Wednesday 13 January 2021 afternoon on the Korean Peninsula, North Korean state media have not released any images or videos of such an event.

"Do they really have nothing to do but let their military agencies make 'precision tracking' celebrations in the North?" said Kim Yo-jong. 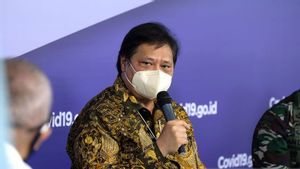 Getting To Know BH Entertainment, The Agency That Offered GOT7's Jinyoung A Contract The Mystery Of The Love Triangle Of Kim Jong-un, Ri Sol-ju, And The Korean Spice Girls