JAKARTA - The Corruption Eradication Commission (KPK) did not obtain any evidence when investigators conducted a search at the Nusantara Shop in Batu City, East Java on Wednesday, January 13 yesterday.

This search was carried out to look for evidence related to the gratification case at the Batu City Government in 2011-2017.

"During the search process, no evidence has yet been found related to the case," said Acting KPK spokesman Ali Fikri in his written statement, Thursday, January 14.

Although they did not get any evidence related to this gratification case, the anti-graft commission said that it would continue the investigation process in this case.

"The KPK Investigative Team will still continue the process of investigating this case," he said.

Previously reported, the KPK has conducted searches in a number of locations including the Mayor's office of Batu.

For information, in September 2017, KPK investigators charged the Mayor of Batu, Eddy Rumpoko, in an arrest operation.

In this case, Eddy Rumpoko allegedly received a bribe worth Rp. 500 million related to the capital expenditure project and machinery for procurement of furniture at the City Government of Batu for the 2017 Fiscal Year worth Rp. 5.26 billion.

The KPK named two other suspects in the case, namely the Head of the Batu City Government Procurement Service Unit, Edi Setyawan, and Filipus Djap, who is the Director of PT Dailbana Prima. Blood Pressure Had Raised, The Chairperson Of The Surabaya DPRD Waited 20 Minutes Before Being Injected With The COVID-19 Vaccine 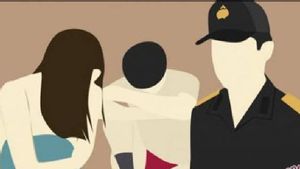