Donald Trump's Tenure Is Over, Can The Former President Be Impeached?

JAKARTA - The US House of Representatives approved the accusation of inciting a rebellion, causing riots on Capitol Hill last Wednesday, against President Donald Trump. This will make Trump the first president to face two impeachment attempts on a constitutional basis.

Not only does it stop there, this impeachment attempt may also present a new history, considering the long stages leading up to impeachment.

In the next session of the US Senate, a two-thirds majority of the entire Senate is needed to punish Trump. If all 100 senators are present for the vote, at least 17 Republican senators will have to join the Democrats to punish Trump.

Since its approval yesterday, Trump's impeachment bid is a race against time as his term expires and is replaced by Joe Biden on January 20.

Republican Senate Majority Leader Mitch McConnell has rejected calls by Democrats for an immediate impeachment trial. McConnell said the Senate would not convene until the recess was over on January 19.

That means trials are likely to start after Trump leaves office on January 20. The House of Representatives must formally send the charges against Trump to the Senate before the trial can begin.

In the trial later, Trump is very likely to defend himself by saying that the statement he made was the right to freedom of expression protected by the First Amendment to the Constitution. And, it does not mean to call for violence.

Shortly after the impeachment vote, Trump released a statement condemning the violence that occurred last week.

Returning to the Senate hearing which is likely to be held after January 20, is it possible that impeachment will still be carried out even though Trump has become a former president?

Maybe and can. The impeachment of a former president can be carried out in the United States. Legal experts there agree that late impeachment is constitutional. Because, impeachment is not only used to dismiss from office.

However, it is also possible to disqualify someone who is being impeached from the next position. This means that there are still reasons to try Trump after he is no longer the US President. And never before.

Regarding the length of the trial, the United States Supreme Court gave the Senate the freedom to determine its own rules regarding impeachment methods. Following current regulations, this effort could take days. 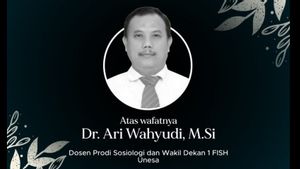 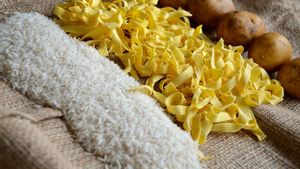 Potentially Violating The Law On The Results Of The US Presidential Election, Can Donald Trump Be Prosecuted? Protect Joe Biden's Inauguration, Facebook Bans Ads Of Armament Accessories In The US