JAKARTA - The family of Sriwijaya Air SJ-182 flight attendants who crashed into the waters of the Thousand Islands, Okky Bisma, came to the National Police Hospital to hand over the bodies. After the handover was made, Okky Bisma's father, Supeno Hendi Kuswanto, asked all parties to pray for his son's departure.

The handover of the bodies which began at 09.35 WIB was accompanied by tears of emotion from the family.

Okky's wife, Aldha Refa, who also works as a flight attendant, continues to hold photos of her late husband while occasionally wiping her eyes with a tissue. Meanwhile, Okky's father tried to look tough even when he gave his speech, his voice trembled several times like holding back sadness.

"Please pray that Okky Bisma will die in a martyred state. God willing, in religious terms, whoever is looking for a living for his family is jihad and whoever dies at sea is a martyr. Both are owned by Okky Bisma," said Supeno in his remarks after The handover of the body was carried out at the Kramat Jati Police Hospital, East Jakarta, Thursday, January 14.

He admitted that he could only surrender to this incident and consider it a fate. "Humans can only try, pray, we can't do much," he said.

"I leave everything to Allah," added Supeno.

On that occasion, he said that Okky will be buried today. The plan is for the steward's body to be buried in Balekambang, Condet, East Jakarta or in the vicinity of his son's residence.

Furthermore, Supeno also expressed his gratitude to all parties. No exception to President Joko Widodo (Jokowi) who paid more attention to this incident.

"Let me express my highest gratitude, the first to the President of the Republic of Indonesia who has paid special attention to this tragedy," he said.

Not only that, he also expressed his gratitude to all parties, including the Kramat Jati Police Hospital and the DVI Team who had identified his child.

At that moment, Operational Director of PT Sriwijaya Air Didi Iswandy also conveyed his deep sorrow before handing over the body to the family.

"Today we gather in an atmosphere of deep sadness and grief over the death of Sriwijaya Air's best son, Okky Bisma's brother, who has the duty as Flight Attendant at Sriwijaya Air," he said.

"We pray that the late Okky will be forgiven of all sins and multiply his reward, be placed in the sight of Allah, in a proper place," he added.

After the handover was made, the brown wooden coffin was immediately picked up by six police officers and immediately put into an ambulance.

Furthermore, Aldha, Okky's wife, who wore a black headscarf and brown patterned shirt, immediately got into the ambulance that would take the body to its final resting place.

Previously reported, the National Police Disaster Victim Identification (DVI) Team managed to identify Okky Bisma through fingerprints on his body which were compared with electronic identity card data (e-KTP) obtained from the Dukcapil of the Ministry of Home Affairs. PPKM Jawa-Bali Is Extended, Malls And Restaurants May Open Until 8pm 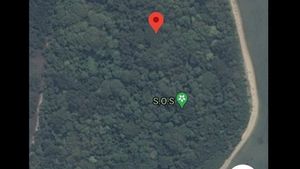