Head of the East Java Education Office Wahid Wahyudi appealed to parents of students in Surabaya to tighten supervision so that their children would not be involved with a group of youths calling themselves gangsters.

"I have ordered the heads of the branch of the service to coordinate with the heads of SMA/SMK to urge parents to carry out stricter supervision of their children. If there is no clear interest, don't leave the house," Wahid said as quoted by Antara, Sunday, December 4.

Wahid said that the gangster action had disturbed the residents of Surabaya in recent weeks. Even one life became a victim as a result of their actions.

Meanwhile, the Sociological Prodi Lecturer at the State University of Surabaya (Unesa) Dr Sugeng Harianto MSi said that the emergence of gangsters in Surabaya was quite a surprising phenomenon.

"So far, gangster phenomena have only been found in Jakarta and a number of areas in West Java," he said.

He explained that the inter-gangster brawl that occurred in Surabaya was one of the social problems. In this context, juvenile delinquency occurs in the community, especially people in big cities such as Surabaya.

"Gangsters are deviant sub-culturals developed and carried out by young people. They form in groups (inner groups)," he said.

Sub-cultural irregularities by gangsters, he continued, may be resistance to the condition of the people who are sharp and unfair.

"These gangster members may come from the lower social strata, who live in the midst of poverty in the midst of their parents and the surrounding community. They are tired of watching their poor, unfair, and poor people," he said.

The emergence of gangsters can be traced to the social structure of the community itself. For example, such as the people of Surabaya which cannot be denied by the existence of social and economic gaps.

They are part of a marginalized society. In addition, they are a group of people who are pessimistic about the future.

"The prosperous future does not belong to them. They feel marginalized. Even though the community structure is open, they are pessimistic about being able to carry out social mobility. Various social mobility channels such as education and work seem to close their access," he said. 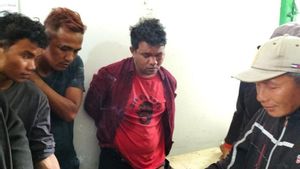 Conor McGregor Must Do This Before Returning To The UFC