BPOM Pekanbaru Finds Illegal Cosmetics Worth IDR 1.5 Billion, Here's A List Of Products To Watch Out For

PEKANBARU - Head of the Pekanbaru Food and Drug Administration (BBPOM) Yosep Riawan released the findings of 212 items of illegal raw materials, finished products, and cosmetic packaging materials as many as 151,928 pcs with an economic value of more than Rp. 1.5 billion.

Yosep said the crackdown operation was a manifestation of the POM Agency's commitment in eradicating illegal drugs and food that pose a risk to health by targeting the location of the operation.

He said that the operation location had 4 points indicated as residences, production sites and storage areas for illegal cosmetics, namely in the Payung Sekaki sub-district, Pekanbaru City.

"The target of this operation was deepened for 2 months by involving the Intel Directorate of the POM Agency. From the 4 target points, the owner and evidence were found at 2 target points," he said.

In addition, 7 witnesses and 1 expert have been examined. Based on the case title, 1 suspect with the initials TF (male) aged 45 years, is the owner of the business as well as the owner of the illegal cosmetics.

He said the suspect had carried out illegal cosmetic activities since 2018 which were circulated/sold online throughout Indonesia with an average monthly turnover of Rp120 million-Rp200 million.

"The suspect also produces illegal cosmetics, this is indicated by the findings of raw materials, including hydroquinone powder, ammonia, alcohol, PEG, Amphitol, Ascorbic Acid, preparations of 25 L packaged concoction cream, and others as well as the findings of packaging materials," he said.

The use of cosmetics containing mercury and hydroquinone, said Yosep again, can cause skin irritation, redness and burning sensation, as well as ochronosis (black skin color), carcinogenic (cancer trigger) and teratogenic (fetal defects).

Yosep appealed to the people of Riau to play an active role by reporting or submitting complaints to the UPT BPOM in Riau Province, namely BBPOM in Pekanbaru, Loka POM in Dumai City, and Loka POM in Indragiri Hilir Regency if they found medicinal and food products that did not comply with the provisions. illegal products or suspected of containing hazardous materials The POM Agency also appeals to the public to be wise and smart consumers and not to be easily tempted by excessive advertising when shopping online. 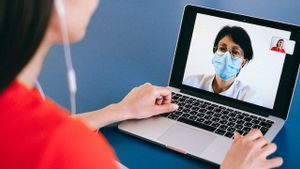