JAKARTA - Chairman of the General Elections Commission (KPU) RI Hasyim Asyari gave a number of recommendations on the strategic aspects of the 2024 Elections which resulted in the addition of three provinces in the new autonomous regions (DOB) of Papua.
The strategic aspect of this election concerns filling the positions of governor, DPR, DPRP, and DPD in the provinces of South Papua, Central Papua, and Papua Central Mountains. Another strategic aspect is the electoral district and the allocation of seats for members of the legislature.
Hasyim explained, if the Papua New Guinea DPRP was formed and elected through the 2024 General Election mechanism and concurrently with the DPR and DPD elections, then this would also affect the Governor Election which fell in the same year, namely in November 2024.
"Because, if the Pilkada is a matter of filling in the positions of regional heads which have a 5-year cycle, then the votes and seats from the 2024 General Election for the DPRP should be used as the basis or requirements for candidacy for the 2024 Pilkada," said Hasyim in his statement, Thursday, July 7.
Hasyim said that the electoral districts and the allocation of seats for the three new autonomous regions had to exist before or at the time the 2024 elections were held.
Considering that the Election Law has been ratified, Hasyim also recommended that the government and the DPR carry out an arrangement of electoral districts and seat allocations, which are carried out by amending Annex III and Annex IV of the Election Law, especially for Papua Province and adjusting to the current conditions due to the existence of new autonomous regions.
"As a result of the arrangement of electoral districts (addition of electoral districts and allocation of seats), it can also affect the number of seats for members of the DPR in Article 186 of the Election Law. So it is also necessary to change the provisions of the said article," said Hasyim.
Furthermore, Hasyim revealed that another impact is that the number of election organizers is also regulated and defined in Attachment I to the Election Law regarding the number of Provincial KPU Members.
"With the 3 new autonomous regions at the provincial level, in the context of holding elections at the provincial level to elect the DPRP and the Governor, Attachment I to the Election Law also needs to be changed," he added. 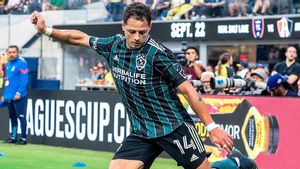