The Gala Dinner With Miyabi Was Rejected By 212, This Is The Response Of The DKI Provincial Government

JAKARTA - Posters of a gala dinner or dinner with a number of former pornographic actresses, Maria Ozawa or Miyabi, circulated on social media. The gala dinner will be held at one of the luxury holes in Jakarta on 5 June.

Through uploads of posters circulating on Twitter social media, the gala dinner with Miyabi is limited to 50 people. Each person who registers is charged a tariff of Rp. 15 million.

This event was rejected by the community group Mujahid 212. Mujahid 212 considered the gala dinner to have the potential to disrupt the conduciveness of the capital city.

"I think this is a reformed and open democratic country. Everything is left to the community in responding to it. Let's act wisely. So, we shouldn't blame each other," Riza told reporters, Wednesday, May 18. , Head of the Supervision and Control Section of the DKI Jakarta Tourism and Creative Economy Agency (Disparekraf) Iffan stated that until now his party had not received the request for a permit for the gala dinner with Miyabi.

"We still can't comment on anything, unless someone comes in, maybe we have a statement. But there really hasn't been any activity for the activity in question," said Iffan.

Iffan explained, if the organizers of the gala dinner later apply for a permit, the commission team for evaluating regional artist entertainment consists of the Attorney General's Office, the DKI Legal Bureau, Satpol PP, and the police.

"If there is an application, it will definitely be evaluated and studied. This regional artist entertainment evaluation commission team assesses the artist according to the rules or norms that apply in Indonesia," explained Iffan. 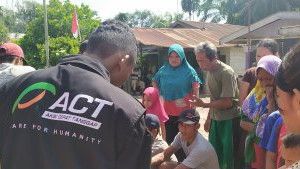