The Price Of Wheat Flour In Medan Market Crawls Up, Per Kilogram Reaches Rp10-11 Thousand

MEDAN - The price of wheat flour in the Medan market continues to rise, ranging from Rp. 10,500 to Rp. 11,500 per kilogram (Kg) on weekends.
"The price of wheat flour has indeed continued to rise since 2021 because the price for ransom from traders to suppliers has also increased," said a trader for nine basic commodities at the Medan Market Center, Acai in Medan, Antara, Sunday, January 23.
Previously, the price of flour at the end of December 2021 was around Rp. 10,000 - Rp. 11,000 per kg. In the last year there have been two price increases and in 2022 the first occurred in January. Quoting the supplier's words, Acai said that the price of wheat flour rose because the raw material in the form of wheat continued to rise.
"The supplier said that the price of wheat flour may rise again because the price of wheat is also likely to rise again," said Acai.
The Head of Domestic Trade at the North Sumatra Industry and Trade Office (Disperindag), Barita Sihite admits, based on market monitoring, flour prices have indeed risen.
On January 20, the average price of wheat flour was still Rp 10,294 - Rp 11,293 per kg and on January 21 it would be Rp 10,348-Rp 11336 per kg.
"As a result of the dialogue with producers, the selling price has indeed gone up because the raw material in the form of wheat has increased," he said.
Disperindag continues to monitor prices so that the increase can be controlled or avoid speculation by traders.
"Disperindag has also asked traders not to increase prices voluntarily and hold stock which could increase price spikes," he said.
The Head of the North Sumatran Regional Logistics Agency, Arif Mandu, said that there was no flour stock in North Sumatra's Bulog. "Usually there are, but now it's empty and BULOG incidentally didn't get the assignment to handle flour," said Arif. 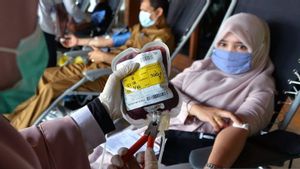