BANJARMASIN - Head of Groundwater, Energy and Mineral Resources (ESDM) South Kalimantan Ali Mustofa said that based on research results, it turns out that the limestone in Bukit Langara comes from frozen marine animal fossils.

According to Ali, the limestone located in Langara Hill, Loksado District, Hulu Sungai Selatan Regency (HSS), South Kalimantan, is a type of limestone that was created around 180 million years.

"The limestone is the oldest in the region," he said, quoted by Antara, Friday, January 21.

According to him, the rocks in Langara Hill have existed since the limestone era, initially only rocks formed in the sea, the result of deposition of marine animals of the orbitulina type.

This stone has been formed since the Australian continental plate moved and collided with the Sunda Land plate which is now in the environment together with the Meratus ophiolite.

Ali said that Batu Bukit Langara is different from limestone in other areas, such as limestone in the Bajuin area, Tanah Laut Regency.

Langara stone from the results of geological research is actually a petrified shell animal.

"This rock is exactly the same as limestone in Australia, apparently when millions of years ago, this Australian rock migrated or bounced to Mount Langara," he said.

This kind of shell rock, he said, could not be the result of freezing river areas or lake areas, it must have come from the deep sea because it is in the form of shells.

Langara Stone is a unique and interesting stone for researchers, to find out the origin of the earth since hundreds of millions of years ago.

Now Bukit Langara in Lumpangi village, Loksado has become an adventure tourism destination, especially for young people who like to climb mountains and take selfies at the top of the hill.

It's just that for those who are old, if you are determined to climb, you have to be careful because you go up to a steep cliff with a bamboo forest, and dry bamboo leaves falling on the ground if you step on it climbers can fall because it is slippery. 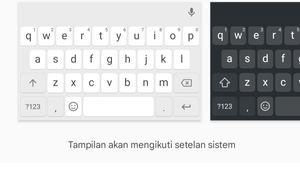