BOGOR – The pick-up car thief recidivist with the initials AB (41) was again arrested by the Bogor Resort Police in the Sentul area, Bogor Regency, West Java.

"Right now, the Criminal Investigation Unit is still in the process of deepening the case. As for the one in Bogor, the perpetrator admits that he has no idea where to sell it because he was caught," said Bogor Police Chief Grand Commissioner Adjutant Iman Imanuddin, Tuesday, January 18.

According to Iman, the suspect was recently released from the Cipinang Penitentiary (LP) in East Jakarta for the same case.

Iman said that AB's mode of action was by destroying the car's keyhole using the letter T key, then taking the car away.

However, when carrying out the action for the first time in the Sentul area, Bogor on Sunday, January 16, AB was caught by a neighbor who owned the car who then chased after AB.

After AB took away the stolen pick-up car about five kilometers, AB was then intercepted by members of the Bogor Police Satlantas.

"The victim parked the car in front of the house. Then there was a witness who was the victim's neighbor, saw the theft and alerted the car owner, then the two of them gave chase. While on Saya Sentul Street, there were Traffic Unit officers on patrol and arrested the perpetrators," explained Iman.

He mentioned that AB is a specialist in pick-up car theft where while in Jakarta alone he managed to tame 11 pick-up cars. The police are also investigating where the stolen goods will be distributed.

Suspect AB is now threatened with being charged with Article 363 of the Criminal Code (KUHP) with a threat of nine years in prison. 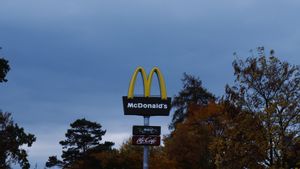