JAKARTA - Thousands of protesters packed the streets of Amsterdam, Netherlands on Sunday, against government-imposed COVID-19 measures and a vaccination campaign as virus infections hit new records.

Authorities were authorized to stop and search at several locations across the city, with riot police cars patrolling the neighborhood where demonstrators lined up with yellow banners and umbrellas.

Anti-coronavirus protests are regularly held across the country, with large gatherings Sunday followed by farmers driving to the capital and parking tractors along the central Museum Square, citing Reuters Jan. 17.

Crowds played music, chanted anti-government slogans and then marched along the highway, blocking traffic. The Netherlands itself is known to have one of the toughest lockdowns in Europe for a month until the year-end holidays.

The daily COVID-19 infection figure hit another record high above 36,000 on Sunday, according to data published by the Dutch Institute of Health (RIVM). The Netherlands has recorded more than 3.5 million infections and 21,000 deaths since the start of the pandemic, citing Reuters January 17.

Amid growing public opposition, Prime Minister Mark Rutte on Friday announced the reopening of shops, hairdressers and gyms, partly lifting the lockdown despite the record number of new COVIC-19 cases.

Non-essential shops, hairdressers, beauty salons and other service providers were allowed to reopen on Saturday under strict conditions.

Bars, restaurants and cultural venues have been instructed to remain closed until at least January 25 due to uncertainty about how the Omicron surge will impact hospital capacity.

PM Rutte added that uncertainty meant that bars, restaurants and cultural venues had to remain closed until at least January 25.

Earlier on Friday restaurants in one Dutch city reopened and another said they would open on Saturday, despite government plans as popular support for a month-long lockdown evaporated despite pressure on hospitals and record new infections.

"We are taking calculated risks because we have to. Lockdowns are very difficult for everyone and closing everything down is also bad for our health," said Health Minister Ernst Kuipers.

To note, the Rutte Government ordered the lockdown in mid-December, when a wave of Delta variants forced the health system to cancel all but the most urgent care. And, it seems that increasing cases of Omicron variants will overwhelm him. A Form Of Responsibility In The World And The Hereafter, Riau Deputy Governor Asks Social Services To Seriously Pay Attention To ODGJs Wandering The Streets His Son Disappeared While Swimming In Switzerland, Ridwan Kamil Immediately Flew From England About Searching For Harun Masiku, Former KPK Leader: With Technology It's Not Difficult To Find People 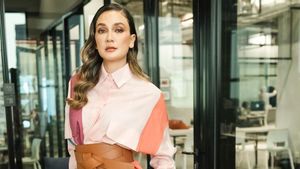