Firli Affirms KPK Will Not Be Involved In Political Competition

JAKARTA - Chairman of the Corruption Eradication Commission (KPK) Firli Bahuri emphasized that his institution will not be involved in opinion games and political competition.

Firli in his statement, in Jakarta, Sunday, said the KPK requested assistance and public supervision, both through official institutions such as the DPR and community efforts through mass media and non-governmental organizations.

"We certainly want to hear and research every information that comes in, but we will not get involved in opinion games and political competition," he said.

He explained that according to Law Number 19 of 2019 concerning the KPK, it was stated that the KPK was a state institution in the executive family which in its duties and authorities were independent and not affected by any power.

According to him, only togetherness and awareness can make the KPK successful. Therefore, getting involved in the game of opinion and political interests will render this institution powerless.

He said the KPK was formed to find a way out for the rampant corruption in the past, so a breakthrough was needed in the transition to a corruption-free future.

To that end, the KPK was created as an independent and professional institution. From the start, said Firli, the KPK realized that there were so many expectations, but could not act according to a public opinion other than using it as input and correction.

"KPK will act according to legal facts and according to the 'due process of law' procedure. So, we apologize if some of our friends' wishes to process A or B cannot be carried out with 'simsalabim' and then arrested," said Firli.

Firli said that in order to continue to be an established and empowered institution in eradicating corruption, the independence of the institution and every person in the KPK must be maintained. Furthermore, strengthening the quality of KPK's human resources will also continue to be ensured through the existence of a supervisory board (dewas) in accordance with Law Number 19 of 2019.

In addition, said Firli, opinion channels as corrective, informative, and reporting inputs are also available at the KPK. The public has the right to use all these channels to protect the KPK from mistakes and protect the country from corruption.

"KPK under my leadership and all leaders until the end of our working period will work according to the agency's work plan and mandated by law," he said again.

Firli also asked for prayers so that the KPK would be more professional and independent in carrying out the functions of building an orchestra to eradicate corruption for the entire system and state institutions, so as to create an anti-corruption culture. 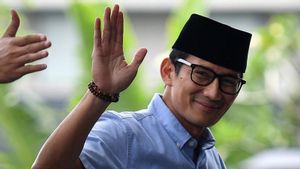