100 Days Of The Taliban, New Guidelines Are Complained Of Further Restricting The Rights And Freedoms Of Afghan Women

JAKARTA - Afghan journalists and activists have expressed concern over the new "religious guidelines" issued by the Taliban rulers, saying the move is another form of control over women.

Akif Muhajir, spokesman for the Ministry for the Promotion of Virtue and Crime Prevention, said "this is not a rule but a religious guideline".

However, activists fear it could be misused to harass female journalists, many of whom have fled the country after the Taliban takeover on August 15.

The Taliban has been accused of reneging on its promises to protect women's rights and media freedom. The latest measure, which calls for women to wear headscarves when presenting their reports, does not specify the type of covering used.

The restrictions, as well as tightened controls on news reporting, have been put in place to safeguard the "national interest", according to the group.

Zahra Nabi, a broadcast journalist who co-founded a women's television channel, said she felt cornered when the Taliban returned to power, and chose not to air the same day.

"All the media are under their (Taliban) control," Nabi, who founded Baano TV in 2017, told Al Jazeera, quoted on November 26.

The TV network, once run by 50 women, has become a symbol of how far Afghan women have come since the Taliban first came to power in the 1990s.

With most of the network's crew members now gone, Nabi remains adamant about her job, and like many other established journalists in Afghanistan, she has to work under the radar.

"We work in a very harsh environment, and even collect reports under the burqa," Nabi said, referring to the full body and face outer garment worn by some Muslim women.

"It is very difficult for women journalists," she continued, citing a recent example where she had to enter the city of Kunduz as a humanitarian worker, and not as a journalist.

"I don't show myself as a journalist. I have to arrange with local women a safe office space to work in,” Nabi said.

Now that Baano TV is off the air, the 34-year-old said she is trying to find other ways to present her report, perhaps via social media platforms, or through broadcasters overseas.

"The loss of space for dissent and the worsening restrictions on women in the media and the arts are devastating."

Meanwhile, Sonia Ahmadyar, a journalist who lost her job in August said the Taliban had moved to slowly 'silence the media'.

"Day after day, the Taliban have placed restrictions on women "not to let them be active. Women are really desperate to appear on TV," Ahmadyar said, adding that the group had deprived them of their "freedom" as well as their financial autonomy.

The 35-year-old called on the Taliban to allow female journalists to return to work "without being harassed" as soon as possible.

"This is their most basic right, because it is important to their livelihood, and because their absence from the media landscape will have the effect of silencing all Afghan women," she said.

Previously, the Taliban had determined that private media could operate freely as long as they did not conflict with Islamic values. Within days of coming to power, the group said the government would be guided by Islamic law.

However, journalists and human rights activists have criticized the guidelines as vague, saying they can be interpreted.

It remains unclear whether broadcasting without a hijab or showing foreign dramas featuring women will attract legal scrutiny.

When asked whether evading the guidelines would be punishable by law, Muhajir of the Ministry for the Promotion of Virtue and Crime Prevention said citizens were obliged to comply with the guidelines, without elaborating.

According to Heather Barr, co-director of HRW's Women's Rights division, the Taliban's directive is just the latest move by the group to "remove women from public life".

The move came after the group excluded women from senior roles in government, abolished women's ministries, women's sports, and systems set up to respond to gender-based violence, she said.

Although most Afghan women cover their heads, some do not. But whether they do or not – “it is important that it is their choice,” says Barr.

Shaqaiq Hakimi, a young Afghan activist, agrees. "God gave us the right to decide. So it should not be something that is forced, but their own (women's) decision," she said.

Since the guidelines do not specify the types of head coverings that women are expected to wear, Taliban officials will feel "empowered to determine what headscarves are and are not acceptable," Barr added, leaving women vulnerable to being stopped and harassed in the streets.

To note, the consequences of such policing will force professional women to constantly wonder if their headscarves are up to Taliban standards.

This would have a "terrible" effect on their ability to do their job, according to Barr. But, women like the Prophet said the restrictions would not prevent her from doing her job.

"We are working, we will not stop, and we will continue what we are doing. That is our plan."

Hakimi echoed the Prophet's sentiments, saying if women stop fighting for their rights, "no one will give them to us." 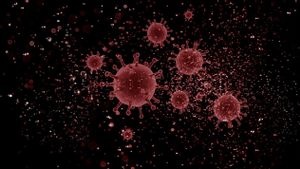