JAKARTA - Today, October 25, exactly two decades ago or in 2001, the Microsoft company launched Windows XP worldwide. Windows XP was released during Microsoft's golden age. At that time the company was achieving the highest revenue by dominating the PC market, and leading the browser "war". This operating system also came at a time when many people were buying personal computers for the first time.

Citing the Miscrosoft site, Bill Gates, who was still CEO of Microsoft at that time, delivered a keynote speech at the launch of the most important product in Microsoft's history. He was accompanied by leaders from the PC industry, more than 50 Microsoft partners, a special welcome by New York Mayor Rudy Giuliani and television representative Regis Philbin.

"Today is a great day for PC users and a great day for the PC industry," Gates said. “With the launch of Windows XP, we are entering an exciting new era of personal computing. This powerful new version of Windows offers customers a lot, unlocking the full power of PCs and enabling them to enjoy the best of what the digital world has to offer."

The launch of Windows XP at that time was quite lively. Held in New York's Times Square, those in attendance discussed the state of the PC industry and prospects for the upcoming holiday season. Microsoft will also sponsor a free concert at Bryant Park dedicated to the New York community featuring music.

Windows XP is based on Windows NT and Windows 2000, but brings a consumer-friendly element. The 'Start' menu and 'Task bar' got a visual overhaul, presenting a green 'Start' button, a blue task bar and various backgrounds and other visual effects.

Windows XP is arguably the most successful OS ever made by Microsoft. The reason is because the operating system is very user friendly.

In addition, with Microsoft XP users are pampered with the ease of surfing the web, using basic programs such as Microsoft Office and the game Solitaire. Windows XP continues to be a perfectly valid choice.

In addition, this operating system is the first Microsoft offering aimed at the consumer and business markets. Microsoft ensures that XP has reliability and ease of use.

“With Windows XP on today's computers, customers will experience a much more enhanced yet simplified computing experience,” said Jim Allchin, vice president of the Windows group at Microsoft.

“Customers can do things they've never done before with a PC. Likewise, business users can work smarter and faster with more productive tools to meet the demands of companies of any size.”

On the other hand, the immense popularity of Windows XP is a boon for hackers and criminals, who exploit its weaknesses, especially in Internet Explorer. This led Bill Gates to start a 'trustworthy computing' initiative and an update that strengthened XP against attacks substantially.

Windows XP was Microsoft's longest-running operating system, which was about 13 years, from October 2001 to April 2014. Windows XP was still in use on about 430 million PCs when it was officially discontinued.

The shutdown of Windows XP not only made it difficult for home users, but also for business users to move on. A number of businesses are adopting Windows XP because of the reliability it offers. Microsoft XP's longevity is one of its main strengths. But when Microsoft dropped support, XP was vulnerable to security threats. Some companies are reluctant to proceed.

In 2007, Windows Vista, the successor to XP, was released. Vista is considered a system no better than XP. Designed for high-powered computers, Vista was often very slow and frustrating to users on older machines running XP comfortably.

Windows 7 then followed in the footsteps of Vista in 2009, which made users face major changes. Forces PC users with keyboard and mouse into tablet-style interactions on the home screen. Familiar desktop icons and formatting disappear and instead, users are greeted with boxes of different sizes. The scrolling mechanism is perfect for touch screens but a little awkward for mouse users. 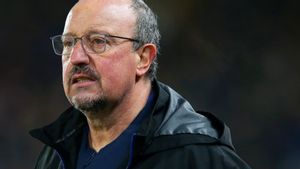