Australia Composing Lies to Cover the Tragedy of the Drowning of 353 Refugees in the Indian Ocean in History Today, 19 October 2001

JAKARTA - On October 19, 2001, as many as 353 asylum seekers drowned in the Indian Ocean, precisely the waters between Indonesia and Christmas Island, Australia. Some of the survivors were rescued by an Indonesian fishing boat 20 hours later.

The ship's passengers came from Iraq, Iran, Afghanistan, Palestine, and Algeria. They fled to escape political persecution, exercising their democratic rights to seek refuge in Australia.

This tragedy is also known as SIEV-X. 'SIEV' stands for 'suspected illegal entry vessel' and is marked with an 'X' because unlike other vessels which are numbered when they are intercepted and returned by Australia, this vessel is not numbered at all.

The ship contained 421 people jostling. They departed from Indonesia, to be precise from the southern part of Sumatra Island to Australia on a rickety fishing boat. Only 44 people survived the tragedy.

One of the survivors was an eight-year-old boy who lost 21 of his family members. According to the International Committee of the Fourth International (ICFI), based on evidence submitted to the Australian Senate investigation, the Australian government was directly involved in the tragedy.

Key figures in Australian politics and the military, including Prime Minister John Howard and senior naval commanders, insist Australian authorities have no clear information about the ship's whereabouts.

Therefore the point of the ship is unknown. Things that hinder rescue efforts. Howard also claimed the ship sank in Indonesian waters. This he did to throw the responsibility to Indonesia.

"(The ship) sank in the Indian Ocean, in Australia's maritime surveillance zone, and in a zone where Australian ships could very readily and easily rescue", Tony said, citing SBS News.

Other evidence presented for the investigation also contradicts PM Howard's claims. The sinking of the ship comes amid an intense anti-refugee campaign that Prime Minister Howard has orchestrated to increase his chances of winning the federal election.

The Royal Australian Navy (RAN) has been directed to conduct ongoing surveillance in international waters between the northwestern coast of Australia and Indonesia to intercept several refugee vessels trying to reach Australian territory.

In addition, RAN received intelligence reports repeatedly about the movement of the ship and its unfit condition in the middle of the ocean. RAN also submits the report daily to a special interdepartmental committee set up in Canberra by PM Howard to direct the government's “border protection” operations.

Even before the election, rumors circulated showing sailors in Adelaide complaining to Christmas Island residents that Prime Minister Howard and Immigration Minister Philip Ruddock were lying about the incident. The eyewitnesses were silenced. Media coverage was branded completely wrong.

After the election, accusations of an anti-refugee campaign began to rise. Labor and Democrats joined forces with the Greens to trigger a joint Senate investigation into the sinking of the ship.

Two people have been convicted of the SIEV X tragedy. Egyptian people smuggler Abu Quassey, who was imprisoned in Egypt, and his accomplice Khaled Doaed were jailed in Brisbane, Australia for five years.

In addition, recently there was also the discovery of another alleged accomplice of a people-smuggling operation and will be tried in Brisbane. In honor of the victims of SIEV X, a tree dubbed the 'tree of life' was planted in 2004 by Australian athlete Betty Cuthbert.

On a peninsula on the shores of Canberra's Lake Burley Griffin, adjacent to the Royal Canberra Golf Club, a memorial is built dedicated to the 353 victims of SIEV X. Each white post is painted with paintings of children, some with the names and ages of the victims, and some simply marked "son" or "an unknown father."

*Read other information about WORLD HISTORY or read other interesting articles from Putri Ainur Islam. 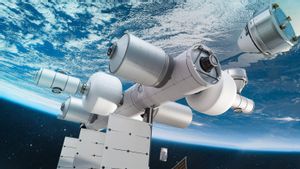 How To Make Spotify Wrapped 2021, Share Your Most Listened Songs Mahfud MD: Controversy On The Job Creation Law Is Only In Theory