The History Of Chess In Indonesia That You Should Know

JAKARTA - The hashtag #15.00WIB is perched on the trending topic of Indonesian Twitter. This hashtag was made by netizens to await the match of Dewa Kipas or Dadang Subur against Grandmaster Irene Sukandar which was broadcasted on Deddy Corbuzier's YouTube Channel. The words, 'Dewi Kipas' and 'Pak Dadang' became trending when this match was running.

When Was Chess Invented?

Cited from the PB Percasi website, almost all historians in the world who have investigated the origin of chess agree that chess originated in India. From there chess spreads west and east.

In its journey, chess has undergone several changes in the rules of the game, until the last time occurred in the 16th century (Ruy Lopez era) so that the game of chess has reached its present form.

History of Chess in India

As reported by Encyclopaedia Britannica (2015), Chess first appeared in India during the reign of the kings of Gupta around the 6th century.

In the 10th century, chess spread from Asia to the Middle East and Europe. Chess is known as a war game called chaturanga. In the Mahabarata story, Chaturanga comes from Sanskrit for battle formation. Chaturanga flourished in India in the 7th century and was the forerunner of the early modern game of chess.

Some historians say, chaturanga played with 64 squares square dice. Gradually changing to shatranj or the old form of chess.

This chaturanga game is also a pioneer of other games besides Chess. The game was popular in northern India, Pakistan, Afghanistan, and the Central Asian states of AD 600.

How did the chess game come to Indonesia?

Cited from the PB Percasi website, during the Dutch colonial era in Indonesia, most of them were only Dutch people who liked to play chess. At the end of the 19th century, chess clubs emerged in Surabaya, Magelang, Yogyakarta, and Bandung.

Until 1915 in Yogyakarta, the Nederlandsch Indische Schaakbond (NISB) was established, or the Indonesian Dutch Chess Association, which was the first chess association in Indonesia and was also the forerunner of PERCASI, but very few Indonesians played let alone loved chess.

From 1938 until the outbreak of the second world war, the number of chess fans among Indonesians increased, even exceeding the number of Dutch (Europeans) in Indonesia. However, when Japan took over power in Indonesia, chess activities stopped altogether, even if there were only local ones.

After the physical revolution that led to the Proclamation of Indonesian Independence in 1945, although the armed struggle was still fierce, chess activities began to re-emerge, especially on the island of Java such as Solo, Yogyakarta, and Magelang.

On the initiative of several people - who could be called chess figures at that time - then in 1948 the "Persatoean Tjatoer Seloeroeh Indonesia" (Indonesian Chess Association) abbreviated as PERTJASI (PERCASI) was founded in 1948.

However, because the situation at that time was uncertain because it was still in a transitional period, then August 17, 1950, was determined as the official date for the establishment of PERCASI, having its Articles of Association and Bylaws in Yogyakarta.

Elected as the first Chairman of PERCASI is Dr. Suwito Mangkusuwondo (deceased). The first Chess National Championship (Kejurnas) was held for the first time in 1953 in Solo.

Furthermore, PERCASI began to take part in the international arena and in 1960 was accepted as a member of the International Chess Federation or Federation Internationale Des Echecs (FIDE). Since then, PERCASI has continued to develop as the main organization for a solid chess sport that has clear management and is relatively unproblematic.

In 2000 chess was recognized as one of the world's official sports (not just a game) by the International Olympic Committee (IOC).

The special Chess Olympic is held every 2 years, unlike other multi-sport Olympics which are held every 4 years. This was done because of the complexity, uniqueness, and dynamics of the game of chess, which developed rapidly along with the development of world computer technology. 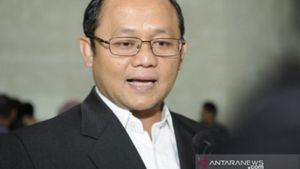 Celebrating The 77th Independence Day Of Indonesia: As Many As 100 Indonesians In China Cycling 77 Km Around Beijing